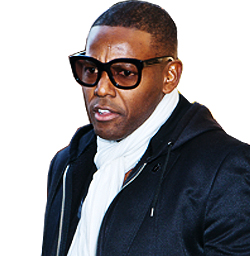 HAMILTON Properties Holdings (HPH) anchor shareholder Frank Buyanga is  pushing for the recusal of Knowledge Hofisi as the company’s judicial manager after the former raised a possible conflict of interest.
Buyanga, in a letter, said his request was premised on the fact that Hofisi once offered advisory services to HPH and associated professionally with the company.
“This fact (recusal) is unassailable as you will be aware of the numerous instances and occasions when you have advised and acted on HPH business and/or that of its subsidiaries or
shareholders, as well as related parties.
“Considering the above said historical connection between yourself and HPH, I am of the considered view that the said relationship may instill a reasonable apprehension of a conflict of interest in the minds of other stakeholders,” the opulent and controversial Buyanga wrote.
“There is also no doubt in my mind that our past relationships will most likely affect your ability to objectively carry out the duties imposed on the office of judicial manager.”
Judicial management is a process in which the court appoints a business rescue practitioner to trade a distressed company out of its difficulties.
Hofisi said Tuesday that his fate would be guided by a creditors’ meeting slated for later next week.
“A meeting with creditors is supposed to be held next week. We have no objection to his request, but we need to look at the interests of other stakeholders such as creditors,” Hofisi said.
HPH was put under judicial management in September last year.
According to the judicial manager’s report, there were irregularities in the acquisition of the company’s assets nearly four years ago.
“Starting from the year 2009, assets estimated to be worth $5 million were acquired at a cost of $1,8 million.
“If transactions consummated through subsidiaries or associated companies are taken into consideration, assets worth $15 million or thereabouts were acquired at a total cost of $5,2 million,” reads the report in part.Advertisement