Being frank...Frank Buyanga
Spread This News

In the strongly-worded letter, Buyanga says Mnangagwa family members should desist from conducting “guerilla tactics” on him.

Buyanga is candid enough to tell the country’s number one that “members of your (Mnangagwa) family may seemingly control the country, but they certainly will not control the destiny”.

The South Africa based tycoon is currently involved in a long-running battle with Muteswa over the custody of the couple’s five-year-old son.

The dispute has sucked in the Mnangagwas through the First Lady and sons.

In his letter, the British born businessman narrates his nightmares, which he claims have come at the behest of the President’s son, Collins, who is now dating Buyanga’s ex.

He says he was disturbed the first family has sunk as low as storming his child custody dispute.

Buyanga claims Collins, through controversial businessman, Delish Ngawaya, was interfering with the judiciary in Zimbabwe.

“Your Excellency, there is a lot of interference from external forces in my custody matter and I am not receiving the protection of the law,” writes the businessman.

“Such interference is clearly impacting on the rule of law and the vision you have for a better Zimbabwe.

“It’s a pity that with all the hard work you have done for your family name, there remain individuals within your confidence who seek to reduce the integrity of your standing.”

He continues; “It may be too late to turn the ship around at this stage especially since some members even raised their voice against members of the military.

“At this stage, members of your family may seemingly control the country, but they certainly will not control destiny.”

The businessman details his chilling experience at the hands of state security agents whom he says have been sent to his properties in an attempts to scare him.

He writes: “The actions of these individuals such as sending armed policemen to my properties may seek to instil fear within me and my son, will not change my views and ideals and I will raise my son to be strong in his beliefs.

“The tactics that have been used in interfering in my personal matters have had a devastating effect on a five-year-old child but these guerrilla tactics by those in your confidence and members of the family on me personally, and my son ought to cease immediately.”

Buyanga adds: “Your Excellency, in the power you stand, can put an immediate end to it. Let a father be with his son without using it as a means of warfare.”

The businessman laments the use of security apparatus in Zimbabwe for personal gain and claims the police and courts have failed him multiple times as Collins Mnangagwa seemingly interfered with the courts while also knowing the outcomes of cases.

The 38-year-old millionaire tells President Mnangagwa that he was not a fugitive as recently claimed by police.

In the letter, Buyanga details his horror when “the chief immigration officer proceeded to give a report to the court that I did not exit the country and they do not have a record of my exit.”

“This is either a lie or a fault within their system which I cannot be responsible for.

“I have requested several times that they retract their incorrect report as I am out of the jurisdiction of Zimbabwean courts.

“I am a law-abiding citizen. I wrote a letter to Commissioner General of police dated May 4, 2020, stating that I am not a fugitive and the media reports that I am a fugitive are prejudicial to me as a business person, a man of God, and above all as a father of a five-year-old boy. All my complaints have fallen on deaf ears,” he says. 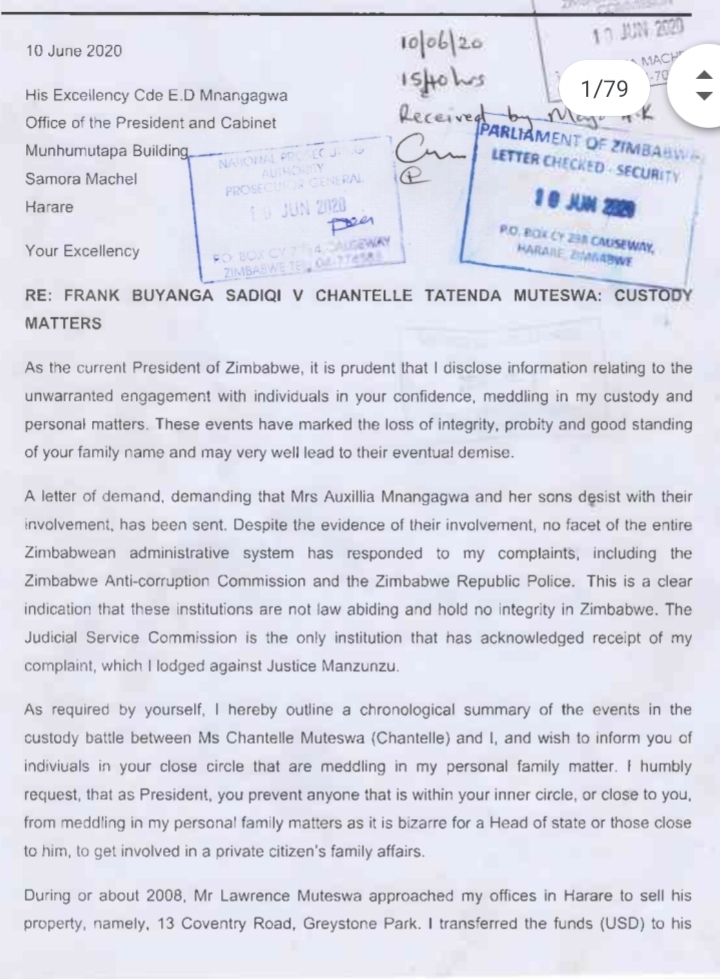 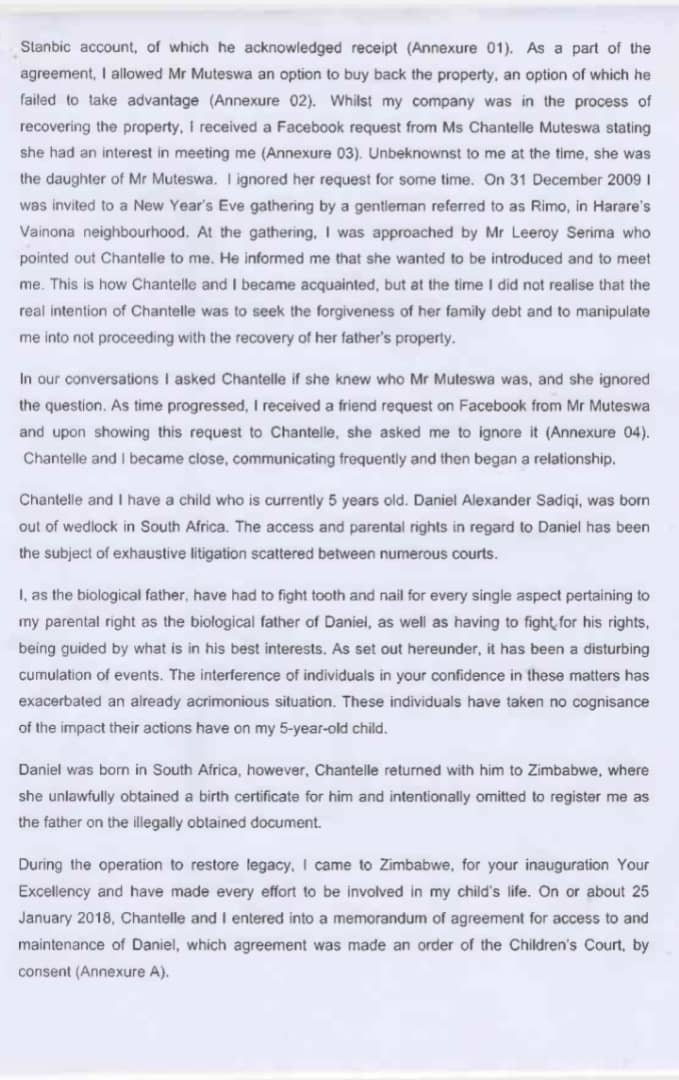