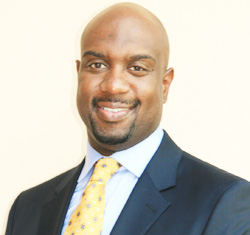 BANKER Ozias Bvute and businessman Cephas Msipa have ended their row over the upmarket Crowhill development in Harare’s Borrowdale area after reaching an out of court settlement Wednesday.
Bvute had sought legal relief, accusing Msipa (son to former Midlands governor Cephas Msipa) of trying to illegally wrest Crowhill Farm from him.
Msipa also faced fraud allegations after allegedly subdividing the property and selling off the stands through various estate agents without Bvute’s knowledge.
According to documents before the court Msipa claimed to have serviced 300 stands at the farm and handed them over to Bvute’s company.
But when the former Air Zimbabwe chairman conducted a site visit, he discovered that Msipa had actually developed some 4,000 stands, sparking the row between the pair.
However, Bvute’s attorneys confirmed an out of court settlement had been reached at the High Court before Justice Bhunu.
“We had filed a consent order which had been negotiated between the parties,” said Bvute’s lawyer, Tinashe Tanyanyiwa of Manase and Manase Legal Practitioners.
“The judge called us into chambers and we were able to have the judge then confirm the consent order as had been discussed by the parties.
“The consent order acknowledges that Crowhill Farm is owned by Mr Ozias Bvute and that Crowhill (Pvt) Ltd (registered by Mr Cephas Msipa) will cease all projects on the land which will then be taken over by Crowhill Farm; that is Mr Bvute and his management team.”
He added: “It means that both parties are committed to ensuring the full development of the area because the area is an upmarket area and there needs to be rapid development.
“My client (Bvute) is committed to fully developing the area. It is a welcome victory not only for our client but for everyone who has a stake in Crowhill Estates.”
Individuals who bought stands in the area have however been warned they should expect to pay more because they had acquired a “defective title”.
“Everyone holding title deeds acquired them through a flawed process and thus acquired defective title,” said Tanyanyiwa.
“However, my client has resolved to be magnanimous and he is inviting everyone with an interest in the land by virtue of having these title deeds to work with us to rectify this matter and gain proper legal title.Advertisement

“His vision is that this place should be commensurate with areas in the vicinity. I believe that anyone who is serious about investing in Crowhill will see that as a welcome development.
“So people should not worry about anything. The owner is there and is going to make sure that this place is developed as he wants it to be and as everyone wants it to be.”