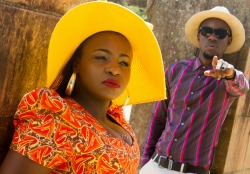 ORGANISERS of the Bulawayo Arts Awards (BAA) say they are unfazed by the wave of negative criticism that they have received following the release of the nominees list.
The inaugural awards, meant to celebrate and honour personalities from the country’s cradle of the arts, Bulawayo, will be held on June 30 at the Large City Hall.
While many people have endorsed the awards, some have been critical with the organisers having to defend the initiative.
The chorus of disapproval was amplified this week following the release of the nominees list on Saturday.
Raisedon Baya, who is involved in the initiative, told NewZimbabwe.com that most of the criticism they are getting is “petty”.
“We have artists that thought they would make the list-artists who did not even submit anything throwing tantrums on social media just to get a few likes and retweets. If you believe you are good, submit your works. It is that simple.
“But also in life our artists need to know that judging art is not a scientific process. It is about tastes, impression, values. There is always a possibility that what you think is best, might not necessarily be the best, For BAA it is always about recognising effort and talent,” he said.
However, Baya said the response from the arts community has been overwhelming.
“We had over 400 entries,” he said, adding, “For the first time. It is very encouraging. We should not forget that because of the economic challenges many artists were not very productive in 2016.”
The challenge, Baya said, was choosing the best from the entries.
“Firstly, the quality and standards of entries were a mixed bag, making it difficult for us to pick the top three. Secondly, most artists, especially in music, were not sure about their genres. Thirdly, some were just entering any category,” he said.
Baya said they were grateful for the support they were getting from corporates and individuals.
“The corporates are coming in slowly, but for BAA I think the biggest surprise and endorsement has been the individuals who are coming in with financial support. They have been amazing. While we still need corporate support we have also realised our people are with us, and are prepared to support with the little they have,” said Baya.
Full list on Bulawayo Arts Awards nominees:Advertisement