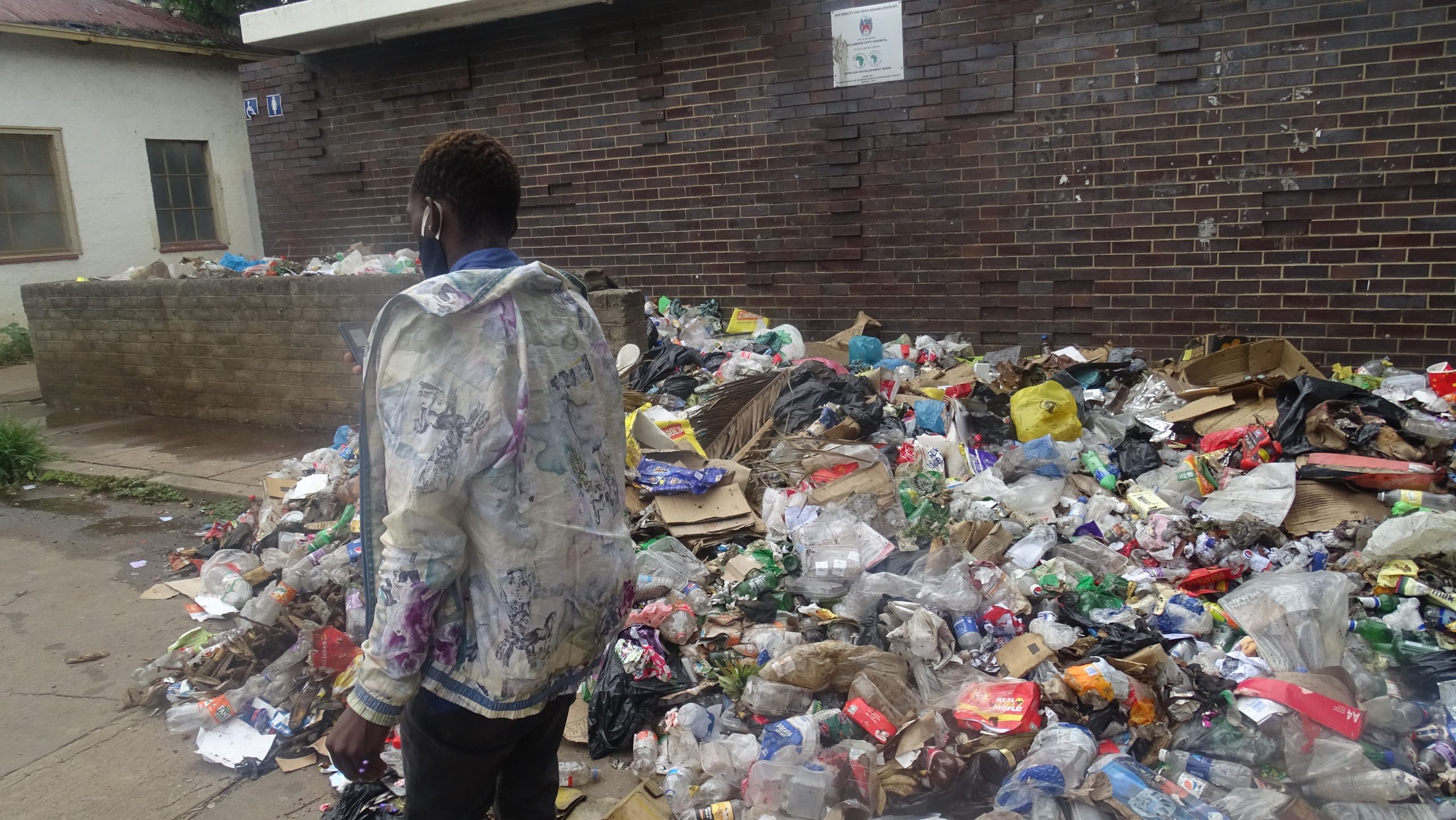 BULAWAYO City Council is set to introduce night shifts for refuse collection teams in order to stem the proliferation of garbage dumps due to uncollected solid waste.

A survey by NewZimbabwe.com shows rubbish is accumulating in the city’s streets and sanitary lanes.

“The challenges of a clean and safe environment have been affecting our city of Bulawayo in the past few months with the increasing littering and dumping in the city,” Nguni said.

“This has been worsened by challenges with refuse collection due to a broken down fleet of refuse trucks, thereby further exacerbated by the poor economic environment that we find ourselves in.”

“Going forward, the council has resolved to conduct night cleaning in a bid to rid the city of waste and also ensure a clean environment. We note that the clean environment is a lifeblood towards achieving sustainable development,” said the mayor.

Health time bombs are ticking in most of the city’s high density suburbs, as well as the city centre, where uncollected trash is accumulating in the streets and has become an eye sore.

“Today, we kick off this spring cleaning in a bid to rid the city of dumping hotspots, which have been affecting us as a city.

“We have mapped 35 hotspots within the Central Business District (CBD), which are an eyesore and have been filled with litter.

“This, however does not mean that other places are not important as we will also cover these in the following weeks after the spring cleaning campaign,” said Mguni.

The massive clean –up campaign was launched Monday in the city centre with a view of mobilising more resources to assist in the removal of garbage in the city.

Mguni added that the local authority will also come up with more strategies to reduce the amount of litter across Bulawayo.