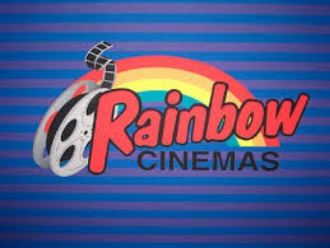 THE much anticipated movie, Qiniso, is set to premiere at the Rainbow Cinema in Bulawayo in February.
The movie, written and directed by talented filmmaker, Lenni Sibanda, will make its debut on the silver screen on February 7.
Judging by Sibanda’s previous work, She and He, which got rave reviews as far afield as Germany, his new production could be worth watching.
After its premiere Qiniso will go on a two week run, with tickets for the launch night pegged at $5 while those for the rest of the run will be available for $3.
The movie, shot entirely in Bulawayo, features some of the city’s finest talents in Nomashawekazi Damasane, Bokani Nleya, Anelisi Maliki, Philani Nyoni, Arthur Makoane, Gilmore T. Moyo, Leroy Moyo and Henne Nkalanga.
The original score for the movie features the vocal talents of rapper Mcpotar, Jahbue, acappela mainstay Powerhouse Music who collaborated with Philani A Nyoni on an accapella and spoken word musical piece.
Sibanda expressed profound gratitude to the crew and cast, and said the cinematographic skills of Bulawayo celebrity photographer Ernest Mackina went a long way in shaping the final product.
“Despite any reality, when you work with the depth of passion and skill that I saw on that set, anything is possible,” he said.
The story is about a journalist, played by Bokani Nleya, who investigates the death of a Bulawayo lawyer, Nkosana Dube, played by celebrated wordsmith Philani Nyoni who is murdered by someone close to him. His wife, played by Anne Maliki,  the wife’s cousin, played by Nomashawekazi Damasane and his young brother have their own versions of what happened, couple that with the investigating detective’s (played by the prolific Leroy Ndlovu) version and Sigidi’s, a nyanga, and you have a cauldron of drama.
Like any product to market, Sibanda said viewers should expect something different.
“Qiniso is a non-linear story, it borders on the fringes of art-house productions. Of course we had challenges, but the audience doesn’t care about those, the audience wants what they paid for: quality. We can guarantee that anyone who pays their $3 to watch it will probably want to catch another showing,” said Sibanda.
Exclusively for launch night, the cast and crew will be present to interact with the audience over cocktails and speak about the movie after the screening. Advertisement

As a bonus, there will be a special screening of an excerpt from Jane The Ghost, an upcoming film by the same media house.