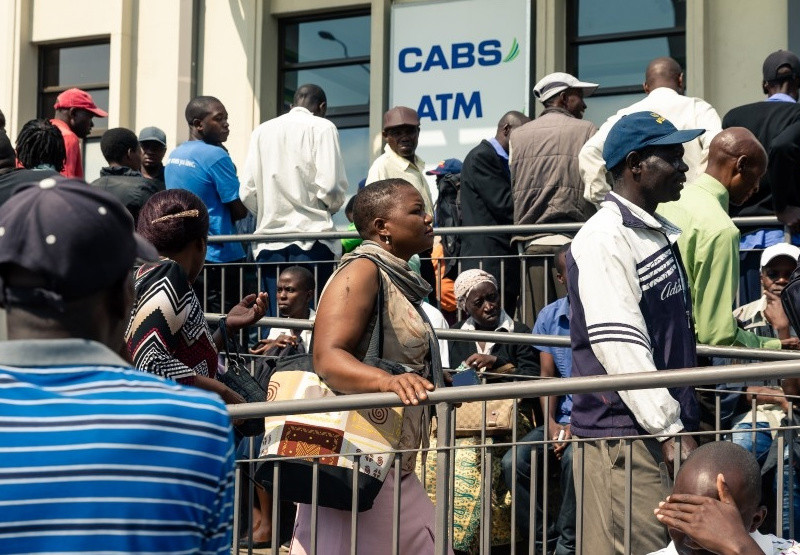 The suspected culprit Israel Magate (31) of Dzivaresekwa then went on a spending spree with his friend James Mtisi who is still at large.

Magate appeared before Harare magistrate Tafadzwa Miti who remanded him in custody to this Wednesday for bail ruling.

He was not asked to plead.

According to the state, on September 7, 2020, Magate in connivance with Mtisi hatched a plan to defraud the complainants and capitalising on the CABS Bank malfunctioning system which was duplicating transactions.

It is alleged they made a misrepresentation to the complainant that Magate had lost his bank card and wanted to receive RTGS transfer from the sale of his wardrobe using the complainant CABS Bank account.

Magate and Mtisi were given the complainant’s number, CABS Bank card and his Econet sim card linked to his bank account.

Magate then used the account to receive $270 000 from Caroline Zirata and on that same date he transferred two transactions of $260 000 into Simbarashe Charamba’s CABS Bank account resulting in the complainant’s account having an overdraft of $270 589,96.

The offence came to light on January 18, 2021 when the complainant was called by a CABS Bank official and informed that his bank account had an overdraft of $260 589,97.

The state further alleged that using the same modus operandi on September 10, 2020, the accused person in connivance with Mtisi approached the second complainant and they misrepresented to him and he gave them the CABS Bank account and an Econet Sim card linked to the account.

According to the state; “The accused person used the account to receive $250 000 from Chelsea Temani. On that same day the accused person with full knowledge that CABS Bank would duplicate the transaction transferred $245 000 to Miriya Yvonne CABS account resulting in the complainant account having an overdraft of $249 859,02,”

The court heard that on September 11 last year, the accused returned the complainant’s bank card and sim card.

The offence came to light on January 18, 2021 when the complainant was called by a CABS Bank official and informed that his bank account had an overdraft of $272 699,21.

Due to accused persons’ action complainants suffered a prejudice of $533 289,18.