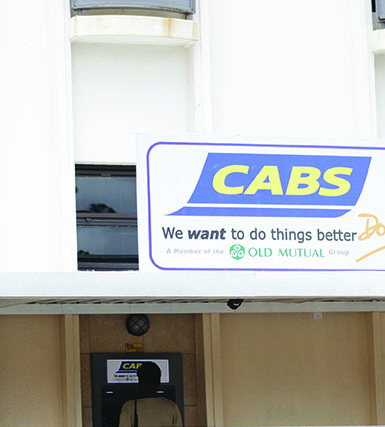 THE country’s largest mortgage lender, Central African Building Society (CABS), recorded a 32 percent increase in total comprehensive income to $22,6 million income for the year ended December 31 2014, driven by a 41 percent growth in deposits.
Net interest income increased by 32 percent to $43 million compared to the same period in 2013. Net surplus increased by 31 percent to $24,03 million, up from $18 million realised in 2013.
“Non-interest income increased by 51 percent, due to the increase in the number of transactions passing through the Society’s various delivery channels,” the CABS said in a statement accompanying its results on Monday.
However, operating expenses increased by 37 percent to $51 million and cost to income ratio decreased from 64 percent in 2013, to 63 percent in 2014.
Total assets increased by 37 percent $852,35 million driven by deposits which went up by 41 percent.
Loans and advances increased by 38 percent to $443,53 million during the period under review.
The society’s prudential liquidity ratio was at 36.4 percent, while the minimum regulatory ratio stood at 30 percent.
Going forward, the society said it was pursuing several growth initiatives, to enhance its role in both housing finance and banking.Advertisement