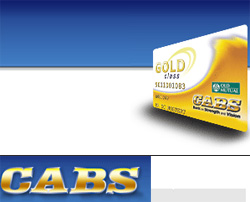 ZIMBABWE’S largest mortgage lender CABS’ earnings for the six months to June declined to $7,1 million from $10,6 million weighed down by an increase in operating costs.
Interest income advanced to $17,5 million from $13,4 million.
Net interest income increased by six percent on prior comparative period while non-interest income recorded a 31 percent growth due to the increase in the number of transactions, the building society said.
“Comparatively, operating expenses increased by 44 percent, mainly due to the impact of business growth. Consequently, the society’s cost income ratio increased to 77 percent from 62 percent,” chairman Leonard Tsumba said in a statement accompanying the unaudited results.
During the period under review the mortgage lender resumed its 20-year housing bonds which it had stopped when inflation spiralled out of control nearly a decade ago.
The building society also deployed more automated teller machines, resulting in growth in non-interest income.
Deposits grew by 23 percent while loans and advances grew by 19 percent, from $296,8 million in June 2013 to $352,1 million during the period under review, Tsumba said.Advertisement