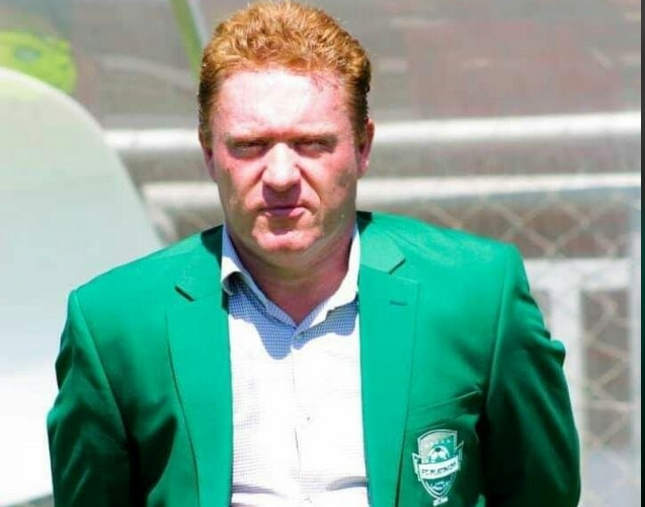 ZIMBABWE champions FC Platinum’s preparations for the 2020-2021 Champions League have been dealt a major blow after the Confederation of the African Football (CAF) barred their Dutch coach Hendrikus Pieter de Jongh from sitting on the bench during the tournament because he doesn’t have the requisite qualifications.

CAF requires all coaches in its flagship interclub competition to be holders of a CAF A coaching licence while coaches who have trained outside Africa are required to have a Pro licence coaching certificate.

FC Platinum’s De Jongh holds a UUFA A coaching badge which makes him ineligible to lead the Zimbabwean champions in the CAF Champions League where they are set to play Costa do Sol of Mozambique in the preliminary round.

ZIFA in a statement on Tuesday revealed that CAF turned down a request for an exemption for De Jongh to take charge of the team.

“The Confederation of African Football (CAF) has turned down Hendrikus Pieter De Jongh and FC Platinum’s request for an exemption to allow the head coach to sit on the bench during CAF interclub matches. De Jongh is a holder of a UEFA A license obtained in his native country Netherlands. A CAF A coaching license is a prerequisite for all coaches who participate in CAF inter-club competitions,’’ said ZIFA.

Coaches who acquired their coaching qualifications outside the African continent are required to apply for exemption from CAF, with only those with pro licences exempted.

“For coaches from other confederations and those who were trained outside Africa, only valid Pro license holders are exempted. CAF Club Licensing criterion on administration and personnel demands that all persons should be qualified for positions that they hold within football structures. To complement CAF’s stance on promoting professionalisation of the game, the Zimbabwe Football Association (ZIFA) has also been gradually enforcing club licensing dictates in the elite league,’’ ZIFA said.

With de Jongh not allowed to coach Pure Platinum Play, the three-times in a row Zimbabwean champions have a crisis. Patrick Mandizha, the remaining assistant coach does not have a CAF A qualification, which leaves them with no coach for the Champions League.

The Zimbabwe champions will travel first for the first leg between November 27-29 before hosting their opponents in the following week.

Should they progress through to the second preliminary round, they will face the winner in the match between Plateau United of Nigeria and Tanzanian side Simba SC.

The Zvishavane-based side is Zimbabwe’s lone in CAF inter-club competitions after Chibuku winners, Highlanders withdrew their participation in CAF Confederation Cup.