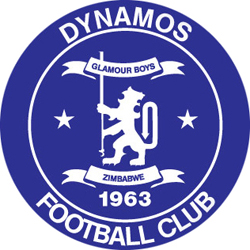 A ONE-MINUTE stoppage during a second round, second leg CAF Champions League match between Dynamos and CA Birzetin of Tunisia in April has seen the Zimbabwean club being hit with a US$10,000 fine.
The fine was confirmed on Thursday after a CAF Disciplinary Board meeting sat last week to review the last round of matches.
Dynamos won the match 1-0 but bowed out 3-1 on aggregate to the Tunisian side, leading to their fans throwing missiles onto the pitch.
ZIFA will administer the fine on behalf of CAF, and Dynamos are likely to be docked from their winnings of the Independence Trophy on April 18. The total prize money has not been revealed though.
Dynamos chairman Kenny Mubaiwa also confirmed the development and said they will discuss the issue at their review meeting on Friday morning.
“But we just have to pay up or we will face further sanctions,” Mubaiwa said.
The Friday meeting will give a further vote of confidence to beleaguered coach Callisto Pasuwa, who has managed one win in seven matches, following Wednesday’s 2-2 draw with Castle Premiership leaders FC Platinum.
Dynamos face Monomotapa at Rufaro this weekend in what is expected to be a watershed match for the defending champions who dropped to ninth on Thursday after both Buffaloes and How Mine won their outstanding matches.
How Mine stunned Motor Action 1-0 at Luveve to move fifth while Buffaloes, after an impressive 4-1 win over Black Rhinos, are now in third place with 15 points, one behind the leading pair of FC Platinum and Highlanders.
Jacob Muzokomba scored twice after Phillip Chandisaita had opened the scoring before Steven Sibanda added a fourth for the Mutare side who travel to Bulawayo for a meeting with Highlanders on Sunday.
At Luveve, How Mine emerged winners of a cagey affair after Simba Sithole’s shot came off defender Passmore Bernard to beat keeper Marlon Jani five minutes into the second half.
Premier Soccer League Results
Thursday
How Mine 1-0 Motor Action, Buffaloes 4-1 Black Rhinos