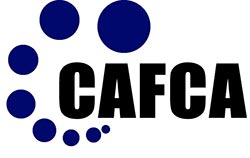 CABLE manufacturer Cafca expects higher profits by 30 percent for the half-year to March 31 citing increased exports and a copper barter deal with the power utility Zesa.
The company’s profit over the comparative period in the prior year stood at $573,000 and $1.4 million for the full year to September 30.
Its barter deal, which commenced last year, has seen the company benefiting from replacing Zesa’s copper cables with aluminium ones which are cheaper. Cafca then utilises the copper at its factory.
Copper is currently selling at around $7,000 per tonne while, aluminium fetches $2,000 per tonne.
“We are heavily reliant on the barter deal which has put us in a profitable situation. We have got another year of being able to rely on installed copper,” managing director, Rob Webster told shareholders during the company’s annual general meeting on Thursday.
For the past six months the company has not imported copper to run its plant and has been relying on recycled material from Zesa.
He said once the available copper has been exhausted, the company would resume importing from Zambia.
Webster said the company is anticipating a 15 percent growth in turnover from exports. However, turnover for the period would likely decline by 20 percent.
“Turnover is (likely to be) down 20 percent and (the trend) will continue in the next six months,” Webster said, attributing this to the difficult operating environment.
He said the company had also eliminated borrowings as of last week and would maintain the status quo for the rest of the year.
The company’s borrowings for the full year to September 2013 had increased to $1.7 million from $1.1 million attributed to funding the copper barter deal with Zesa.  This resulted in a 76 percent increase in finance charges to $157,000.
Going forward, Webster said cost-cutting measure would be maintained.
Cafca is part of CBI Electric African Cables (RSA), which in turn is owned by Reunert Limited (RSA). It is traded on the Johannesburg Securities Exchange as well as the London and Zimbabwe stock exchanges, the latter holding the primary listing.Advertisement