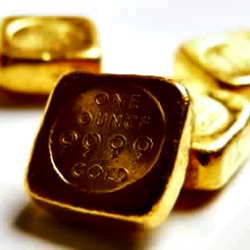 CALEDONIA Mining maintained its production guidance of 48,000 ounces of gold for 2014 despite producing less of the yellow metal in the first quarter than the fourth of last year.
The mining company is confident it will achieve its target at 49 percent owned Blanket Mine in Gwanda despite a seven percent fall in first quarter output.
Blanket Mine produced 10 607 ounces of gold in the first quarter of this year, a marginal increase from 10 472 ounces in comparable period last year.
Caledonia was the first mining company in Zimbabwe to comply with the country’s indigenisation legislation, and is now well established as a gold producer at the Blanket mine near Bulawayo.
Following major investment, production has been rising consistently over the past couple of years, while costs have been falling.
Ongoing exploration and development work should enable production to increase still further in the coming years as new areas of Blanket are developed and satellite deposits are brought into production. The company also has assets in Zambia, which it is continuing to develop.
In its quarterly update, Caledonia said a faulty power supply line and a drop in ore quality affected production at the local mine.
Production in the first quarter was affected by the achieved grade being lower than the targeted grade of 3,83 grams per tonne (g/t) due to a fault.
“Production on these panels was stopped and re-development was required to establish other panels at the required grade. Management believes that the above measures have been successful and that an average head grade of between 3,60 to 3.83 g/t Au is expected to be maintained, and closer attention will be paid to grade control in future,” the company said.
Caledonia noted that production in February was also adversely affected by unstable power and a requirement to replace a winding rope on the No 4 shaft.
The mining firm said 2014 production however remained targeted at 48 000 ounces from 45 527 ounces last year.
Production in 2015 is anticipated to increase to 52 000 ounces.
Blanket is currently involved in expansion projects that will result in an increase in production.
In its full year results for 2013 released last week, Caledonia said it was considering new acquisitions in Zimbabwe.
Caledonia production in February was also adversely affected by unstable power and a requirement to replace a winding rope on the No 4 shaft.  Advertisement