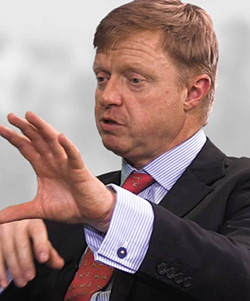 TORONTO: Zimbabwe-focused gold producer Caledonia Mines raised its annualised dividend by 22% to $0.055 a share on Monday, underpinned by increased output as a result of the company’s turnaround strategy at the flagship Blanket mine.
“We have increased the dividend not based on improved gold prices, but based on our revised investment plan at Blanket coming to fruition,” CFO Mark Learmonth told Mining Weekly Online in an interview.
The board had declared an increased quarterly dividend of $0.01375 a share. The previous annualised dividend was $0.045 a share.
The Aim- and TSX-listed miner’s strategic focus on implementing the revised plan was starting to deliver more gold ounces, with output expected to rise incrementally from about 50 000 oz of gold this year (42 806 oz in 2015), to 65 000 oz in 2017, and more than 80 000 oz in 2021.
All-in sustaining costs were expected to hit about $760/oz in 2019, down from $1 038/oz reported in 2015.
“The planned increases in production in 2016 and 2017 are expected to result in a lower average cost of production as fixed costs are spread across an increased number of gold ounces.
“These factors allowed the board to bring forward its decision to raise dividends by several quarters,” Learmonth stated.
Implementation success
Learmonth commented that the three-pillared revised investment plan would result in increased production, reduced operating costs and greater flexibility to undertake further exploration and development, thereby safeguarding and enhancing Blanket’s long-term future.
The revised plan focused on improving logistics to allow for increased production volumes; accessing deeper, higher-grade ores; and constructing a new Central shaft that would provide efficiency improvements and de-risk the mine’s current single-shaft status.
Critically, Learmonth pointed out that the revised plan had lowered the total planned investment between 2015 and 2021 from $68-million to $65-million, with no changes to the scope of the investment programme.
He explained that the capital expenditure (capex) reduction reflected a lower cost of capital equipment; higher capex in 2015 compared with the original plan owing to the front-loading of capital purchases while specific items were available at attractive prices; a resulting $5-million cumulative reduction in projected capex from 2016 to 2020; and providing for all further capex to be funded by Blanket’s internal cash generation following a $5-million recapitalisation earlier this year, all while maintaining its own dividend.Advertisement

Investment climate
Learmonth pointed out that Caledonia was currently the largest active investor in struggling Zimbabwe.
The country had long suffered under the 36-year rule of 92-year-old authoritarian President Robert Mugabe, seeing the economy collapse and triggering years of hyperinflation and food shortages that created a nation of impoverished billionaires before the local currency was suspended in April 2009, in favour of the greenback.
Learmonth conceded that Zimbabwean policies were difficult, but having dealt with the country’s controversial indigenisation laws in 2012, that demanded 51% of all businesses be owned by Zimbabweans, it paved the way for the company to stably implement its growth strategy.
Since 2012 up to the first quarter this year, the Blanket operation had contributed a total of $65.3-million in community and social investment, as well as to the Gwanda Community Share Ownership Trust and in payments to the Zimbawean government.
Caledonia currently owned 49% of the Blanket mine, having donated 10% of the mine to the local community and sold 41% of Blanket to three parties for $30.09-million.
The off-balance-sheet transaction was vendor-financed, with the purchasers repaying their loans from 80% of their Blanket dividends.
The company characterised rule by Zanu-PF since 1980 as providing political continuity, describing government as “pragmatic and pro-business”.
Learmonth noted that Blanket received an uninterrupted electricity supply, while enjoying access to functioning roads and airports.
The company also sourced refurbished equipment from neighbouring South Africa, which provided capital savings.
He described Zimbabwe as having effective ‘soft’ infrastructure in place such as education, labour and administration.
Despite the country currently experiencing a cash crunch with low availability of US dollars, he affirmed that the Zimbabwe government was prioritising Blanket’s liquidity needs and confirmed that all foreign accounts payable were continually being met.