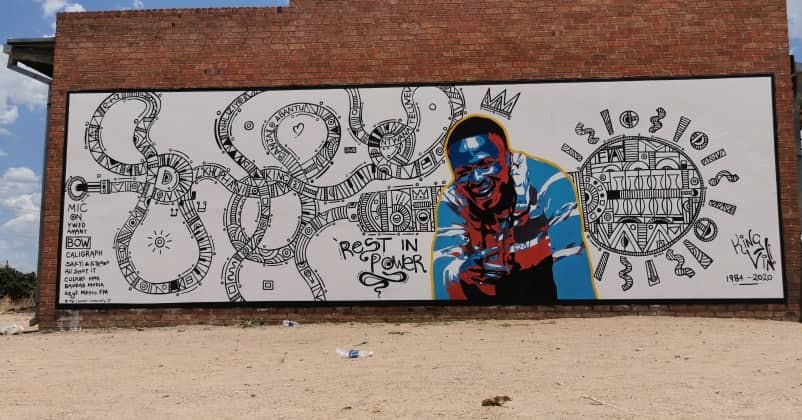 Cal Vin born Mgcini Calvin Nhliziyo died in October 2020 succumbing to injuries from a hit and run car accident which happened a few metres away from his home.

The recently completed mural featuring Cal Vin whose stage name was ‘That Luveve Boy’ is at Luveve 5 ko Mpofu shopping centre, a stone’s throw from his family home.

This comes after the idea to paint a mural was proposed radio broadcaster and writer, Khaya Moyo.

In an interview, Marcus Zvinavashe of Caligraph said: “We saw a twit by Khaya Moyo and as a collective we decided to take up the idea and execute it and also as fans of his music and what we stood for we saw as a benefiting stature for a legend he was.

“The mural has been received with much love and appreciation.”

One of Caligraph’s partners, artist Sandra Ndebele described the mural as a celebration of the rapper’s life.

“Its been a year and we are back here in Luveve celebrating Cal Vin’s life and the mural is what we decided to do for him, we are saying long live Cal Vin and this will not stop every year we will be here.