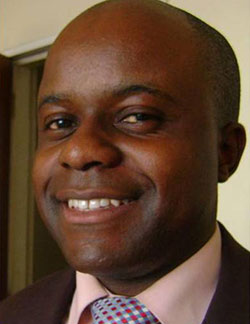 WITH 90 percent of Zimbabweans earning their living from the SME sector and only 10 percent employed in the formal sector, the government needs to create linkages between the two sectors to realise economic development, an economist has said.
When presenting his 2014 budget, Finance Minister Patrick Chinamasa admitted the shift saying the old economy was dead with a new one  emerging based on the activities of small-scale players in key sectors of the economy.
His deputy, Samuel Undenge later added that Zimbabwe had a new economic model which was driven mainly by small-scale players in key sectors such as farming and mining.
However, Proper Chitambara, an economist with the Labour and Economic Development Research Institute of Zimbabwe (Ledriz), said there was a need to create linkages between the emerging SMEs and what remains of the old economy.
Addressing journalists at an economic development reporting meeting organized by the National Association of Freelance Journalists and Ledriz in Gweru, Chitambara said it was key that development policies focused on the non-formal segment.
“It’s a fact that the non-formal sector has mainstreamed the formal one,” he said.
“The formal sector has become the enclave or island in the former yet the linkages between the two are very weak.
“If we are to realise economic development as a country there is need to strengthening the value chain in the informal sector.”
He gave the example of the country’s once thriving horticultural exporting companies such as Kondozi, where small scale farmers were linked with global players.
“Kondozi managed to link small scale farmers in Odzi with global value chains in Europe strengthening the value chain system in the process,” he said.
Chitambara said government could give incentives to the informal sector to produce so that they (non-formal players) do not shun the high cost of regularising their activities.
The Ministry of Small to Medium Enterprise in April this year said official statistics show that $7 billion is circulating in the informal sector.Advertisement