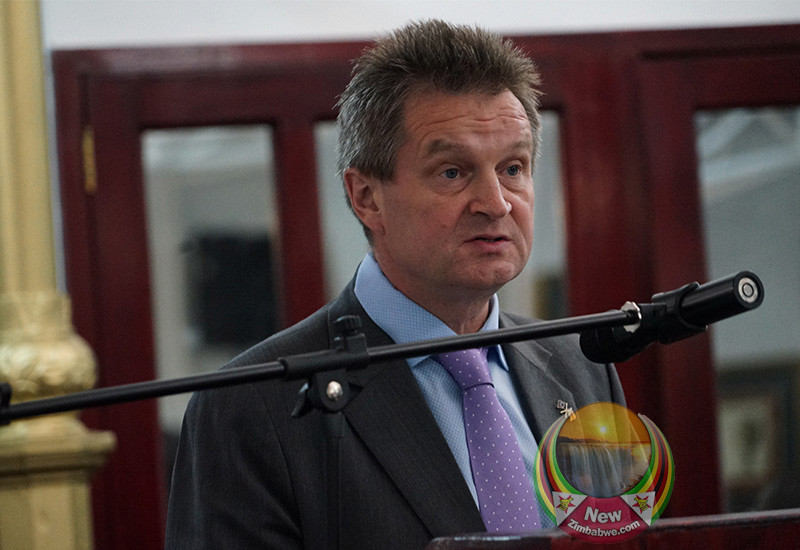 Diplomats have called for calm in Zimbabwe at the start of a 21-day coronavirus lockdown that has left streets deserted and raised fears that people will go hungry.

There has been a run on lemons and the malaria drug chloroquine as locals scrabble for popular and unproven treatments for the Covid-19 coronavirus.

Zimbabwe so far has seven confirmed cases and one person — popular broadcaster Zororo Makamba — has died.

UK ambassador to Harare Melanie Robinson tweeted that although the lockdown was necessary, she recognised that it would be “hard for many”. She urged “calm, lawful behaviour from government and citizens”.

EU ambassador Timo Olkkonen said his team would be working from home, and that the EU was supporting Zimbabwe’s fight against coronavirus through the World Health Organization and UNICEF.

In Zimbabwe’s high density suburbs, the price of a lemon has risen from one US dollar to five dollars, reports say. This on the back of unverified claims the fruit can fight Covid-19.

Meanwhile, the price of chloroquine quoted by a pharmacy in the eastern city of Mutare had risen from 15 US dollars per 100 tablets two weeks ago, to 250 dollars, although it was currently out of stock. A pharmacy in Harare was quoting 270 US for 90 tablets.

The malaria drug has been touted online — and by US President Donald Trump and researchers like French microbiologist Didier Raoult — as a possible treatment for Covid-19, although research is far from conclusive.

On Monday, Harare’s normally-bustling central business district was virtually deserted, while police roadblocks set up on main roads leading into the city were turning back vehicles, eyewitnesses said.

Only those working in essential services, including doctors, nurses, supermarket workers and fuel station attendants, are allowed to move around.

Many low income households live a hand-to-mouth existence, requiring daily forays to earn money and buy food. Hardships are compounded by a lack of amenities, like clean running water.

Reports from the second city of Bulawayo said that at least six high density suburbs were without water on Monday.

“This might force residents to defy the lockdown order as they venture out of their homes in search of water,” the Centre for Innovation and Technology, a Bulawayo-based non-profit organisation said in a tweet.

The Zimbabwe Human Rights NGO Forum called on the authorities to ensure food and water is supplied to low-income families who couldn’t afford to stock up.

It said without adequate safety nets, the lockdown would likely “cause a lot of distress and plunge many into poor health as a result of serious food shortages.”

A video posted online showed thousands thronging Mbare Musika bus terminus in Harare on Sunday morning in a last-ditch bid to escape the city. Reports say similar scenes were witnessed in Mutare, and the southern cities of Masvingo and Bulawayo.

This has raised concerns that the disease could be carried to places ill-equipped to deal with an outbreak.

“Some people may be moving around spreading the disease unknowingly and unfortunately the people in the rural areas can become collateral damage,” Itai Rusike, executive director of the independent Community Working Group on Health said in a statement.