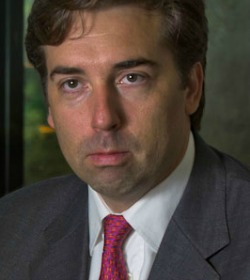 CAMBRIA Africa PLC has reported a wider loss for the first half of its financial year as its Millchem Holdings chemicals distribution unit was hit by tough conditions in Zimbabwe and start-up costs elsewhere.
The investment company is selling off non-core assets so that it can focus purely on Millchem and payrolls and transactions processing company Payserv.
It makes the bulk of its revenue in Zimbabwe, which is one of the slowest growing economies in sub-Saharan Africa according to the International Monetary Fund, and is therefore trying to expand to other African countries.
Cambria Africa reported a pretax loss of US$2.1 million for the six months to February 28, compared with a loss of GBP1.3 million a year earlier, as revenue declined to US$4.2 million, from US$4.3 million, and operating expenses and finance costs rose.
Payserv revenue grew 2% to US$2.2 million, while Millchem revenue contracted 7% to USD2.0 million, while profit margin rose three percentage points to 93% at Payserv and fell 4 percentage points to 16% at Millchem.
Cambria Africa said Payserv continued to grow despite the weak economy in Zimbabwe thanks to new products in its Paynet business, a slow increase in its presence in Zambia and “determined” new customer acquisition, particularly at payslip processing business Autopay.
“Millchem’s results in particular reflected Zimbabwe’s prevailing market conditions even though it was able to largely off-set this by growing market share through the addition of new customers, suppliers, products and services, as well as a slowly increasing regional presence,” it said.
However, Millchem’s results were also hit by significantly reduced introductory pricing in Zambia, substantial investments made at the Millchem Holdings level, the creation of buying organisations in Europe and South Africa and launch costs in Zambia and Malawi, all of which was expensed rather than capitalised.
“This slowdown in the Zimbabwean economy continues to impact current performance of our investments, and will do so until a broader regional diversification has been achieved, which Cambria is successfully executing,” the company said in a statement.
“That being said, following the end of the period, resulting from our continued investment in scale, scope and regionalisation, the company started to again deliver year-on-year growth,” it added.Advertisement