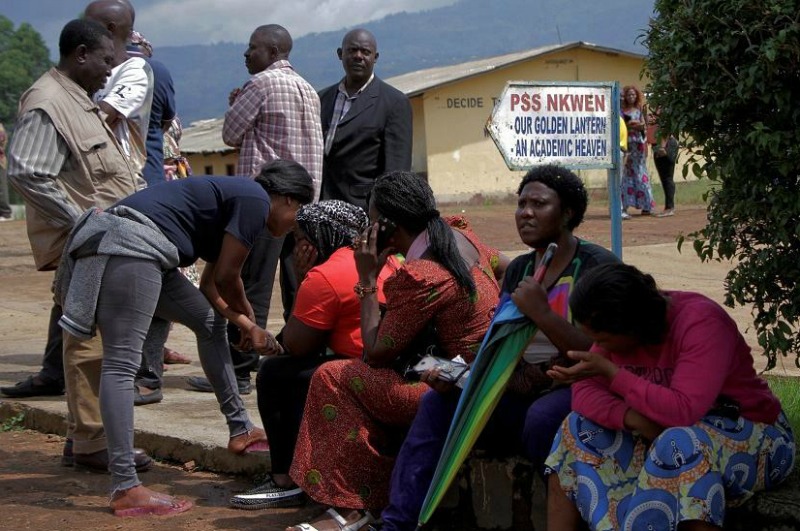 The kidnapped Cameroonian students from PSS Nkwen have finally been reunited with their families.

Parents where allowed to take their children home as the school is in complete lockdown.

Some of them narrated the ordeal as they recount the horrific moments when the abductors broke in.

“It was around 3 a.m. in the morning. We were still sleeping by that time, then we heard people shouting, some other people, some men, came and broke our door, they told us ‘come out’. So when I sat at the school, in front of the classes, they started selecting, they told the other people to stand this way, told the people they selected to go the other way. They then told us to take all our slippers and keep them. We trekked barefoot from here. We went to one camp, just beside the school. We stayed there for some few hours then they took us to the bush. The very day, around 12 o’clock in the morning.” said a 13 year old student.

According to revelations by the kidnapped students, the message was to stop schools from operating in the area.

“They were all dressed in black and the reason they took us was that they don’t want us to go to school, that if something wanted to happen (if there was a rescue attempt) they can kill all of us, they might kill all of us. So they told us, when they set us free (they said.) let’s tell the other schools that they should stop, so no-one goes to school.”

Questions remain unanswered as to how possible it was to transport over 80 hostages for over tens of kilometres between Nkwen and Bafut without been noticed by the several security check posts in an area under curfew.