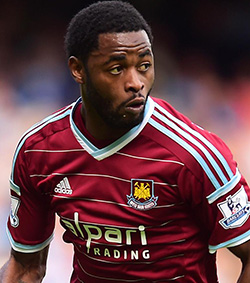 RUBIN Kazan have signed Cameroon international Alex Song, who was a free agent, the Russian club confirmed on Monday.
The announcement, on the club’s website (www.rubin-kazan.ru), did not give details of the 28-year-old’s deal.
Song has won 49 caps for the Cameroon national team and played for both Arsenal, where he spent six years, and Barcelona.
The defensive midfielder also spent two seasons on loan at West Ham after failing to settle at Barcelona.
At the end of May, former Malaga boss Javi Gracia took over as the club’s head coach at the end of May following their 10th-place finish in last season’s Russian Premier League.Advertisement