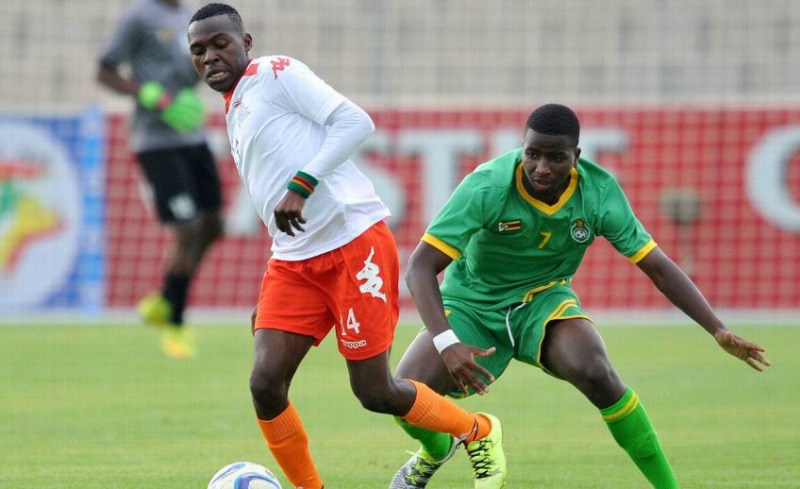 Harare City starlet Learnmore Muyambo has battled his way back into the limelight following a lengthy spell on the sidelines, restricting veteran Tendai Samanja to the bench as he impresses in the challenging anchorman’s role.

Coincidentally, it was exactly two years ago that former City coach Moses Chunga, in an opinion piece for the Sunday Mail, ‘warned’ the local football fraternity to “watch out for my defensive linkman Muyambo, [who] will be the next best anchorman in the land if he keeps his feet on the ground.”

Chunga was effectively tipping the then 18-year old to eventually add his name to a list which includes greats such as Benjamin Konjera, Willard Khumalo, Tinashe Nengomasha, Esrom Nyandoro and Willard Katsande, the best Zimbabwe has produced in that position down the years.

Following Chunga’s departure from City at the end of the 2016 season, however, Muyambo virtually disappeared from the scene and it was beginning to look as though the wait for him to actually start vindicating his mentor would last for eternity.

Indeed, it is often the trend for young prospects to surface and create a wave of excitement only to vanish just as swiftly.

Fortunately though, Muyambo has finally rediscovered his self-belief, and once again exudes all of those attributes which once thrilled Chunga, that most renowned of talent spotters.

Current City boss Mark Harrison has become the latest convert as he gradually eases veteran Samanja to the fringes in preference to the youngster.

“Lenny (Muyambo) has played the last six games for us and he has done really well, I am very impressed,” Harrison told KweséESPN.

“He has been brilliant in central midfield and I hope he can continue playing like this so that he retains his place in the team because, as you know, the more he plays the more he improves.”

Muyambo belongs to that rare breed of footballers whose eagerness to spend as little time with the ball as is practically possible almost seems like an obsession. Yet his quality shines through every touch and every pass.

Those laser-guided long balls, coupled with the incisive ground passes, his superiority in the air and that determination to offer around-the-clock protection for the back four are all evident when Muyambo is in town.

His quick mind and wide range of passing can be vital in the transition play, and City are reaping the benefits of his sustained run in the team.

However, the length of time it has taken the 20-year-old to win over the coaches who took over since Chunga’s exit was becoming a bit of a concern.

True enough, Chunga’s audacity in giving young talent game time, sometimes at the expense of results, often borders on recklessness. Muyambo was only 18 when he became a City mainstay alongside other teenagers like Dexter Mawere, Jerry Chipangura, and Tatenda Tumba.

Chunga’s successor Philani Ncube promptly abandoned that approach in favour of veterans who nevertheless failed to save the team from relegation last season, with City only managing to retain their top-flight status following the disbandment of How Mine.

However Harrison, who was technical director last term before taking full charge in January, attributes Muyambo’s lengthy spell on the sidelines partly to the inconsistency which often troubles players of his age.

“Muyambo featured in a number of games last season, and he also played in our match against CAPS United at the start of the campaign,” Harrison continued. “His biggest problem though has been inconsistency, which is understandable, given his age.

“However, I am very happy with how he is playing now and if he can continue like this I have no doubt he can become a great assert for the country,” the coach continued. “He has got a very good first touch and his passing is excellent as well.

“He only needs to work on a few areas but he has the potential to become one of Zimbabwe’s best in his position, definitely.”

Muyambo is among a few emerging young players who could eventually compete for the role of anchorman in the Warriors set up as the reign of Katsande ends.

Orlando Pirates’ Marshal Munetsi is already leading the way, while the Highlanders duo of former U-20 captain Ben Musaka and Adrian Silla have also shown promise.

For Chemhanza Academy graduate Muyambo however, the challenge now is to show he actually possesses the character needed for sustained success.

Muyambo’s name first flickered on the radar when he captained Zimbabwe to victory in the Copa Coca-Cola International camp in South Africa in 2013.

He made it into the All-Stars Copa Coca-Cola Africa team alongside teammates Tatenda Tumba and goalkeeper Tatenda Munditi.

Five years on, Muyambo looks primed to make the step up on a much bigger stage.