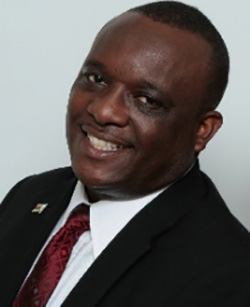 IN AN episode of the wildly popular ABC program Shark Tank, Steve Gadlin from Chicago introduced himself to a panel of investors that included billionaires Mark Cuban and Kevin O’Leary, and founder of FUBU Daymond Jones with a ridiculously funny dance, before pitching the equally ridiculous idea of a cat drawing service aptly named “I Want To Draw A Cat for You”.  He explained his logic in the opening line of his pitch: “By now I am sure you are asking yourself: How did this idiot make his way into The Shark Tank. Well, let me tell you: there is an economy for stupid, and I am overflowing with it.”
I was still laughing my cynical Zimbabwean guts out when Mark Cuban stepped forward and said he was not only interested in investing in the idea, but thought Gadlin’s ask at $10,000 for a 25% stake set the value of the company too low at $40,000. Cuban was prepared to give him $25,000 for a third of the company, which put the company’s valuation at $75,000, almost twice Gadlin’s original valuation!
As Cuban explained in later interviews, his decision to invest was not a bet on the long-term success of the cat drawing service, but on Gadlin’s creativity. Cuban understands the value not just of ideas, but of the innovators who create them. One can however, still not ignore the fact that Iwanttodrawacatforyou.com is now an employer which grossed $200,000 in the first year after Gadlin’s appearance on the show. Gadlin, like Gary Dahl who in 1975 came up with the idea of collectible “pet rocks” and sold more than five million in 5 months, grossing over $15 million dollars in the process, was right: there is such a thing as “an economy for stupid” in America.
There is, nonetheless an important lesson to learn from the fact that businesses and economies have been created out of the “ridiculous” ideas we would laugh to scorn. A few years ago, I ran into a Zimbabwean who could not believe how stupid he had been not to invest in Econet when it started. He is one of many who missed the boat because they were convinced Strive was not quite right in the head for thinking he could establish a successful mobile phone business in Zimbabwe. He learned, like many others, that the cynic who believes every idea he did not originate to be a bad one, does so at great expense to himself.
Great innovators learn not to always trust their own ideas, and are humble and smart enough to borrow those that may be superior to their own. By the way, Strive did not invent the mobile phone; neither did Steve Jobs the personal computer or the laptop. The Japanese have had incredible success as car manufacturers and exporters even though they did not invent the automobile. Today, Japan is the third largest producer of automobiles in the world with total employment in auto manufacturing and related industries estimated at about 5.48 million, or 8.8% of Japan’s workforce.Advertisement

Professor Nathan Rosenberg observes in a paper titled “Innovation and Economic Growth” that innovative activity has historically been “the single most important component of long-term economic growth.” Between 1870 and 1950, it accounted for 85% of the growth of the American economy, with growth of inputs (capital and labour) only accounting for 15%. The Japanese and American economies are clear examples of economies where innovation has been a major contributor to GDP growth. For Zimbabwe, building a resource-based economy may seem like the easier and more inviting path given the abundance of natural resources in our country. Economists generally agree however, that countries that rely heavily on natural resources experience slower growth in the long run.
While it is tempting to believe that it will be different for Zimbabwe, and that we can avoid the “resource curse” (the phenomenon where countries that are rich in non-renewable resources experience less economic growth than countries with fewer natural resources) our experience with the diamonds from Chiadzwa provides an object lesson in the folly of placing all our hopes in a resource-based economy. We would certainly be foolish to ignore the experience of resource-poor countries like Japan whose US$4.9 trillion economy has largely been powered by innovation, and resource-rich friends like Russia and Venezuela that continue to struggle even though they are among the world’s leading oil producers.
The danger of having drunk from a poisoned political chalice for too long is that we can become a country of dismissive cynics or chortlers who delight in seeing others fail without taking the risk of offering our own new ideas.  I, like most of my countrymen, would most likely have dismissed as preposterous as Gadlin’s cat drawing service idea, the plan by some Jewish farmers for an agricultural settlement at Neot Hakikar in the Negev Desert in the early sixties.
At 1,200 feet below sea level, Neot Hakikar is located at the lowest point on earth, and one of the most inhospitable, with average annual rainfall of less than an inch, daytime temperatures that exceed 48 degrees C (120 degrees F) and nights that often fall below 0 degrees C. Today, Neot Hakikar is an unlikely agricultural success story, exporting half its produce to the world.  Innovation is the reason why Israel, a country where only 20% of the land is naturally arable, produces 95% of its food needs.
The Japanese automakers, the settlers at Neot Hakikar, our own Strive, and people like Steve Jobs and many others, created sector-defining institutions that have become larger than themselves. Calling them businesses does not adequately capture the extent of their impact.  These are not mere businesses; they are economies.
To be sure, these large enterprises are not the only significant contributors to economic growth. In thriving nations, governments are innovative facilitators of partnerships between ideas of all kinds/sizes and the capital that nourishes them. They work actively to remove local and global barriers for such partnerships, and like good referees, do not allow their responsibility to lay down the law get in the way of the game. They innovate to enable everyone to play well and to make everyone feel needed. In our case, we will need everything and everyone to play well – start-ups, farmers, small businesses, large corporations with local and international capital as team-mates, to get anywhere near the 2.2 million job government plans to create in the next five years.
How tough is meeting that target going to be? To put it in perspective, the state of North Carolina with a population of 10 million and Gross State Product (GSP) of US$515.1 billion has managed to create about 40,000 jobs per month in the last four years, adding about 2.4 million jobs in 5 years. While the size of an economy is not the only factor that determines the rate of job creation at any given time, for Zimbabwe’s US$13.49 billion economy to perform at the level of one that is 38 times its size would require some serious re-imagining of the way we operate.
Funding our big plans and the growth that will produce the jobs we need in the time frame we must create them will require amounts of capital we simply do not have, and which can only come into the country if government creates, as a matter of urgency, a political, regulatory and economic environment that will make us the friendliest investment destination in the world. To incentivize businesses to create jobs at rates multiples of times higher than the rates of closures would require a dramatic reduction of the government’s appetite for tax and licensing revenue and a drastic trimming of its girth.
Of course we can innovate our way out of our crisis, but only if government becomes the lead innovator, creating, maintaining and protecting an environment that encourages and incentivizes innovators and innovation. The reality is that innovation thrives in environments where there is competition, and connections to ecosystems of innovation. To those who fear that opening ourselves up to global competition will threaten our national interest, I would suggest that we are a smart enough and strong enough people not just to play the game, but to win.
Dr. Noah Manyika is a Foreign Policy, International Business Diplomacy, Communications and Community Development expert. Dr. Manyika has mobilized investment for Zimbabwe, and is currently spearheading efforts to launch Build Zimbabwe/Vaka Zimbabwe, a platform to encourage Zimbabweans at home and in the Diaspora to give back to their country and communities in service. He is the author of the book The Challenge of Leadership: Is There Not a Cause?