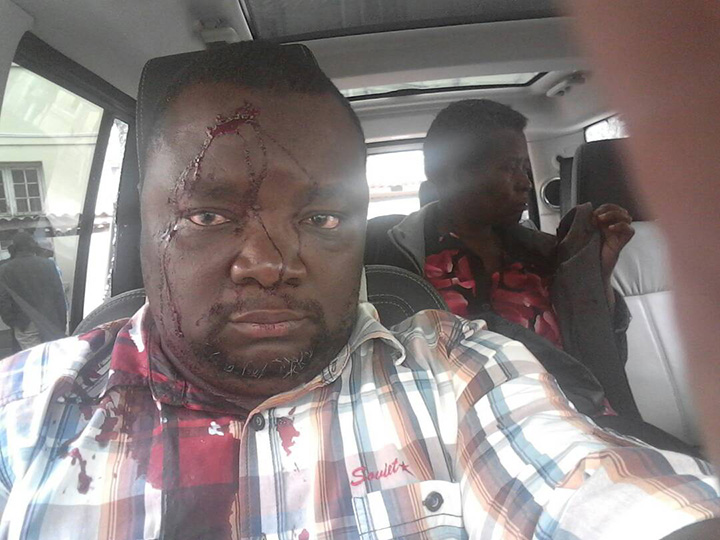 The party frequently uses clichés like “fresh start”, “new dispensation”, and “open for business” to signal its willingness to engage with the West. The talk has been matched by some action.

The government has repudiated most of its indigenisation legislation, and recently applied to re-join The Commonwealth.

Additionally, 46 countries and 15 regional bodies have been invited to observe the elections. This includes many Western nations that had been excluded in recent years.

Their assessments will probably not be decided by technical factors. It seems unlikely that ongoing debates over the voter’s roll or the prominence of ex-military personnel in the Zimbabwe Electoral Commission will have much impact on the final judgements passed by the monitoring missions.

It’s more likely that the credibility of the elections will be shaped by issues such as political violence and media freedom. In both spheres, the legacy of colonialism and the liberation struggle weigh heavily.

As a breakaway party from the Zimbabwe African People’s Union (Zapu) in 1963, the Zimbabwe African National Union (Zanu) emerged in a very fragile position. It endured violence against its members and was denied access to a free media. In later years, the party perpetrated and perpetuated the same tactics under which it was conceived – both as a liberation movement and in government.

There are a number of examples of how Zanu-PF drew on colonial-era repressive tactics in its post-independence quest for political primacy.

These include the Gukurahundi violence under the Mugabe led government in the 1980s against areas predominantly supporting Zapu, the government’s 2005 Operation Murambatsvina which targeted properties belonging mostly to urban opposition supporters, and the 2008 election run-off violence after Mugabe lost the first round of voting.

As Zimbabweans head to the polls on July 30, this history looms large over the electorate and those responsible for overseeing its successful execution.

In July 1960, unprecedented protests in Zimbabwe’s two largest cities ushered in a new era of political violence in the British colony. A year later violence erupted within the liberation movement itself.

In June 1961, the first significant attempt to form a breakaway nationalist movement in Zimbabwe was thwarted. Members of the Zimbabwe National Party (ZNP) were physically prevented from launching the party at their own press conference by National Democratic Party (NDP) sympathisers.

he ill-fated efforts of the ZNP would have been prominent in the minds of Zanu founders when it was formed two years later.

Zapu, which replaced the NDP after it was banned, went to great lengths to beat Zanu into submission. The houses of Mugabe and Ndabaningi Sithole, the top leaders in Zanu, were stoned after the new party was launched.

As other African nations became independent and Zimbabwe remained under minority rule, frustration mounted. This led to a determination to achieve majority rule by any means. A culture of political violence became institutionalised.

Assaults on the media were particularly prominent under white minority rule following the unilateral declaration of independence in 1965. Censors redacted broad swathes of news stories, littering papers with blank pages.

This overt censorship was but a new manifestation of a repressive media heritage.

Political papers of Roy Welensky, the second Prime Minister of the Federation to which Southern Rhodesia belonged from 1953 – 1963, reveal the invidious nature of attempts to control the press. His government covertly worked with journalists and editors to produce articles critical of the white opposition in newspapers that were nominally independent. He also consulted with the white publishers of newspapers geared toward a black audience about ways to promote his government.

The Central African Examiner, a news magazine that was theoretically independent and had links with The Economist, changed editors in the middle of the 1958 elections. The new editor, David Cole, was Welensky’s public relations adviser.

In 1961 the government considered blocking the sale of the colony’s newspaper titles catering to a predominantly black audience to the Thomson Newspaper Group. The concern was that it would be difficult to influence the editorial policy of papers with foreign ownership. Meanwhile, newspapers geared toward a predominantly white audience and owned by the South African based Argus Press were not seen as posing a threat.

The sale went ahead. But in August 1964 both the African Daily News (which had a pro-Zapu bias) and Zanu were banned.

Zanu learnt the importance of media control in its early years. Once in power it exerted its own influence. Forty years after Zanu and the African Daily News were proscribed, Zanu-PF replicated the tactics when it banned a newspaper, also known as the Daily News amid a media clampdown.

While President Emmerson Mnangagwa has backtracked from Mugabe’s more confrontational rhetoric, his political career is nearly as long as his predecessor’s. His political upbringing was profoundly shaped by the repressive measures the nationalists endured and took up in the 1960s to dismantle the unjust system that governed them.

Zanu PF’s assaults on the media and penchant for violence are reflective of similar tactics that were used against the party during the colonial era. And they have been critical to its ability to obtain and retain power for 37 years.

Will Zimbabwe be able to turn the corner and move toward a more equitable election campaign in which the historic trajectory of media repression and political violence is fundamentally altered? If the answer is yes, Mnangagwa will have made a significant stride in truly ushering in a “new dispensation”.

This article was originally published on The Conversation.