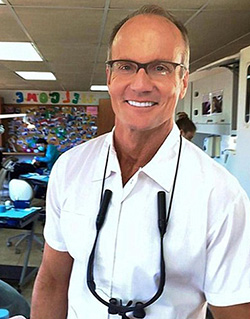 AS THE controversy boils over US dentist Walter Palmer’s killing of a lion in Zimbabwe, some – including authorities in Harare — have called for Palmer’s extradition to Zimbabwe to stand trial. Can the southern African nation bring the American big-game-hunting dentist back to stand trial in its justice system?
The short answer: Under the mandatory terms of the extradition treaty between Zimbabwe and the United States, the United States must initiate extradition proceedings and give over a citizen to a foreign country for prosecution ….
Unless the U.S. just doesn’t feel like it.
Extradition is the formal surrender of a person by a “requested” state to another “requesting” state for prosecution. Extradition to or from the United States is a creature of treaty, which means it is little more than a contract — one that may be ultimately unenforceable, if push comes to diplomatic shove.
The United States has had an extradition agreement with Zimbabwe since 2000.
A country typically begins the extradition process by submitting a request to the State Department; this may be accompanied by a simultaneous request for the arrest of a fugitive at risk of flight.
If the secretary of state decides to do so, he forwards the matter to the U.S. Attorney’s Office to commence the legal proceeding.
From there, the case goes to federal court, and a judge makes a threshold determination: Is there probable cause that the offence charged is extraditable, and that it satisfies the requirement of “dual criminality”?
It’s similar to a preliminary hearing or “probable cause” hearing in American criminal law, which means that the burden is light, the rules of evidence are relaxed, and the odds are in favour of extradition. The test is whether there is evidence to justify having a trial, not whether the evidence is sufficient to justify a conviction.
What about the fact that the United States would be turning over a citizen to a country with an abysmal human rights record? Shouldn’t the court be concerned that the defendant will receive a fair trial, a lawyer, and three hot meals a day? It isn’t. The established “rule of noninquiry” prohibits the judge from examining Zimbabwe’s criminal justice system or taking into account the possibility that the extradited person will be mistreated.Advertisement

This is important because it limits the judiciary’s discretion in extraditing — for the most part, if there’s sufficient evidence to find probable cause, the judge has to certify the matter for extradition.
What about a defense on the facts? The dentist’s defense should center on the absence of “dual criminality” between the crime charged: that there is no comparable crime.
The United States-Zimbabwe extradition treaty of 2000, instead of listing specific extraditable crimes, requires only dual criminality of the extraditable offense. The principle of dual criminality means the extraditable offence must be a serious crime — rather than a mere “peccadillo” — punishable under the criminal laws of both the requesting country and the requested country.
That means there are two ways to attack the dual criminality here: First, that the crime of hunting lions in the way charged has no parallel in the United States. The second attack is that the charged crime is not serious enough. They are both arguments that will likely fail.
On one hand, a prosecutor might argue that our hunting laws are very similar in that they limit game hunting by geographic location, licences, permits and even weapons. Every hunter in Michigan knows the difference between “bow season” and “black powder” season.
On the defence side, the dentist would argue that we don’t have lion hunting laws or permits here in the United States that are comparable to Zimbabwean law. As for the seriousness of the crime, that this crime is punishable for years means it is more than a parking ticket, and more than a mere “peccadillo.” Here, the dentist probably loses.
The principle of dual criminality does not demand that the laws of the countries be carbon copies of one another, or that they have identical elements. Instead, dual criminality is satisfied when the two countries’ laws are substantially analogous. Moreover, our (US) courts must give the benefit of the doubt, and defer to the foreign court’s decision that the offence is extraditable.
So, the courts and even the Department of Justice, under extradition treaties, are little more than rubber-stamping functionaries — under the treaty, it appears that once demanded, extradition is practically mandatory … as a legal matter.
But what about a political matter?
After all, international law at its core is only as enforceable as the most powerful country wants it to be. Sure, the treaty may direct the requested country (here, the U.S.) to do something for the requesting country (Zimbabwe), but what recourse does Zimbabwe have if the U.S. refuses?
The Latin term for this concept is “Ubi jus ibi remedium” — “there is no right without a remedy.” Zimbabwe really has no remedy against the U.S. if it refuses to extradite. In that way, international law is no more than playground law on a grand scale: If Zimbabwe has a problem with the U.S. breaching an agreement to extradite, and if Zimbabwe wants to “make something of it,” then Zimbabwe can just meet the United States after the 3 p.m. bell behind the schoolyard … and bring your aircraft carriers.
Which means Zimbabwe would have no recourse other than sulking. That’s why extradition is so often more a political issue than a legal issue. Politics is why countries enter into treaties in the first place, and war — or the threat of war — just extends politics to its extreme end. Zimbabwe cannot really “force” the U.S. to do anything, including abide by an extradition treaty.
In domestic law, the victor is ideally the party in the superior legal (and hopefully moral) position. In international law, make no mistake about it, the victor is often simply the one … with the most aircraft carriers.