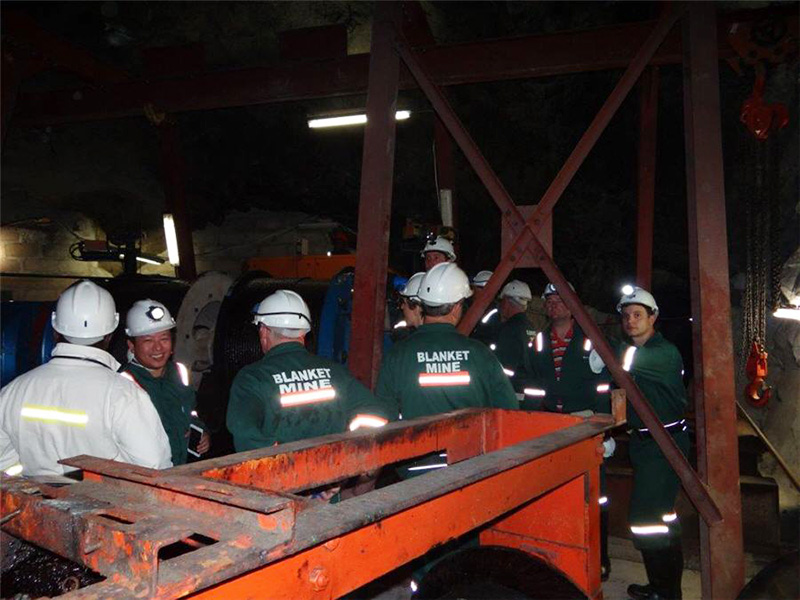 JUNIOR resource group Caledonia Mining has signed a binding agreement to purchase Fremiro Investments’ 15% shareholding in the Blanket gold mine in Zimbabwe.

The agreement comes after the parties signed a memorandum of understanding (MoU) for the acquisition of the 15% stake for $16.66m in August this year.

The consideration for the stake comprises the cancellation of a loan between Caledonia and Fremiro. As of 30 June, the loan amount stood at $11.46m.

Upon the completion of the deal, the Caledonia will have a 64% interest in the Gwanda-based Blanket mine, while Fremiro will own 6.42% of Caledonia’s diluted equity.

Completion of the transaction is subject to approvals from various Zimbabwean regulatory authorities.

Caledonia reached the deal to increase its stake after the Zimbabwe Government amended the country’s Indigenisation and Economic Empowerment Act in March, which required indigenous nationals to have majority ownership of businesses in the country.

In a separate statement, Caledonia disclosed that production at the Blanket mine is continuing uninterrupted despite reduced foreign exchange availability in the country in recent weeks.

The clarification from the company comes in the wake of reports that dearth of foreign exchange to purchase key inputs has led to the suspension of production at some of the gold mines in the African nation.

In September this year, the miner reported a resource upgrade at the mine. As per the update, the total measured and indicated gold ounces at Blanket mine rose 13% from 714,000oz in August last year to 805,000oz as at July.

Caledonia acquired the Blanket mine from Kinross Gold (TSX: K; NYSE:KGC) in April 2006. Its interest dropped to 49% following indigenisation in 2012 that forced it to sell 51% of its interest to Zimbabwe locals, including Fremiro. Fremiro could not afford the interest, so Caledonia loaned it the money.