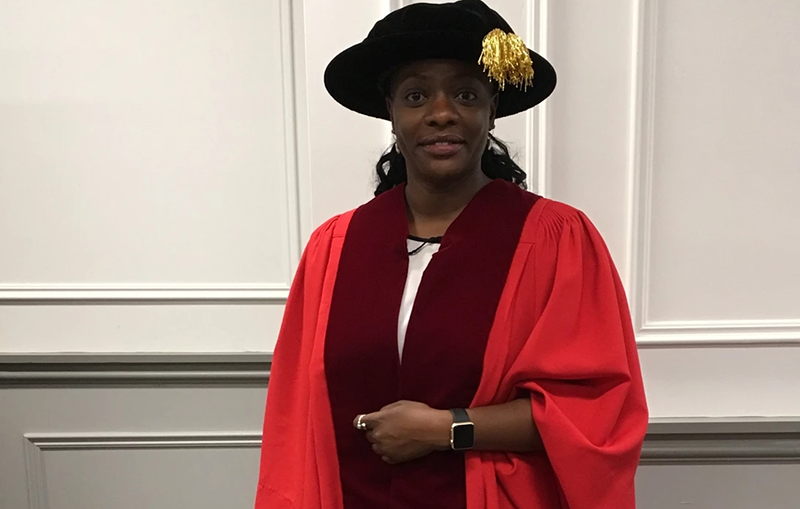 When Tapo Chimbganda was first living in St. Catharines, she said she had a tough time fitting in.

“I was quite isolated,” she said. “It was difficult to find people who looked like me, especially in terms of services.”

That’s why she’s opening a chapter of her not-for-profit organization Future Black Female at 105 James St.

Chimbganda started Future Black Female in response to her feeling that black women and girls between the ages of 16 and 22 can often fall through the cracks.

The organization focuses on helping these women and girls with their mental health. It also provides career and education strategies and has a focus on financial well-being, starting with financial literacy.

“I started this organization just based on my own experiences at around that age,” she said, explaining that she moved to Canada from Zimbabwe at 21 years old. “In my own experiences, I was a newcomer, I was an immigrant. I never heard of anything called a credit score, and by the time I properly understood that, I had messed up my credit.”

Chimbganda said Future Black Female is focusing on areas that are perceived as predominantly white to give the Black community an option of where to go to for help.

“Something we always do is we ask potential partners, collaborators within the community ‘How many black youth or black families, black people, have you served in the last six months?’ And we often get ‘well Niagara is predominantly white. We haven’t really seen any black people in a while’, but we’re here. So where are we going for services?” she said.

Chimbganda said her organization hasn’t set out to “reinvent the wheel.” Instead, they want to partner with organizations that already have resources and programs and bridge the gap between communities.

While Future Black Female has a focus on elevating the Black community, Chimbganda said everyone is invited.

“We’re not here to wag a finger or to say we do things better or anything to isolate or exclude … One of our principles and something that we’re really focused on is community. We want to be considered as part of the community and we want to consider other people as part of our community. So, we welcome anyone who you have questions because that’s what we often get from non-black people.”

Although the agency just had their grand opening on Saturday, June 11, Chimbganda said they already feel welcome.

“We have made a lot of great connections and so it does feel like we are part of the community,” she said. “We invite anyone interested in the work that we’re doing to pay us a visit, to drop in, we’re here and we’re here to stay.”