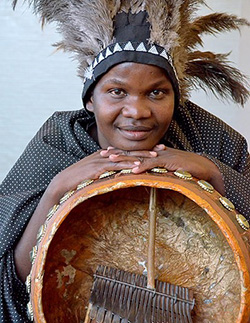 THE Nhemamusasa Festival, a six-day Zimbabwean music extravaganza staged every year, will be held for the tenth year running from August 1 to August 5 at the Ecovillage in Cowichan Valley, Vancouver Island.
Festival organiser, Moyo Rainos Mutamba, told New Zimbabwe.com that the event, started by one Ted Wright, is a platform for people who loved Zimbabwean traditional musical instruments to get a chance to learn how to play them and be in community.
“This year we will again gather at O.U.R. Ecovillage on Vancouver Island, a sustainable learning centre and demonstration site about 50 minutes north of Victoria near Shawinigan Lake,” said Mutamba.
“We will come together over six days to share in the deep and nourishing musical and cultural traditions of Zimbabwe. People camp together and learn mbira, marimba, dance, singing, Shona, chipendani and hosho.”
He said the Nhemamusasa will offer daily workshops at beginning, intermediate and advanced levels.
Mutamba said there will also be live performances each night from several guest artists, adding that Zimbabwean music was well-received in Canada, with local bands having a very good following from non-Zimbabweans.
“Our band, Nhapitapi, is well-loved everywhere we play. Oliver Mtukudzi visits every year and his shows are packed by both local folks and the Zimbabweans in the diaspora,” he said.
Guest artists at a glance;
Julia Chigamba

She was guided by her father Tute Chigamba – a gwenyambira (master mbira player) who is from a long line of musicians and storytellers – and her mother Laizah Chigamba, a master traditional dancer. The family continues to hold traditional bira ceremonies that exemplify Shona tradition.
Garadziva Chigamba
A musician since age five, having learned from both his father (mbira master Tute Chigamba) and through his own love of music, Garadziva embodies expression as a prolific composer, soulful singer, dancer and master musician on marimba, mbira and ngoma.
He has travelled worldwide with Mhembero, performing in China, Japan, the U.S., Canada, Malaysia, Libya, South Africa and Zambia.Advertisement

Now living in Canada, Chigamba has been teaching and performing Zimbabwean traditional music and dance in various schools and to independent students in Canada for several years.
Pasi Gunguwo

Born and raised in Harare, Zimbabwe, Pasi’s marimba music ability started in school when he joined the school marimba band at the age of seven. He has since played marimba professionally around the world, and has directed marimba bands in Zimbabwe, Canada, the United States and Israel. In 1999, he began teaching music to homeless children in Harare where he teamed with the Savannah Arts Centre, a centre for music teaching in Harare’s popular Mbare neighbourhood.
Claire Jones
Claire Jones has been involved with Zimbabwean music since 1976 when she first fell in love with the marimbas and started studying with the late Dumisani Maraire. She performed for several years with Dumi and the Maraire Marimba Ensemble both in the U.S. and in Zimbabwe, and was a founding member of the Seattle marimba groups Kutamba and Musango.
Zivanai Masango
Zivanai Masango is a “musician’s musician”. Although he is primarily one of the most exciting and sought-after Southern African guitarists of his generation, his work as a songwriter, arranger, producer/engineer, music educator and multi-instrumentalist has garnered him plenty of respect, not least from some of the world’s leading musicians.
Zivanai has played on some of the world’s most prestigious stages, from the Hollywood Bowl to the Blue Note and everything in between, playing with a wide array of acclaimed artists and bands such as Oliver Mtukudzi, Thomas Mapfumo, Playing For Change Band, Giovanni Hidalgo, The String Cheese Incident, The Motet, Alvin Slaughter, Bushman and many others.
Amy and Tafadzwa Matamba
Amy and Tafadzwa Matamba are Performing Artists, Educators, Inclusive Leaders and Cultural Ambassadors who live and work on Vancouver Island, British Columbia, Canada, and in Zimbabwe, Africa. Through their band Mbira Spirit and their Matamba Cultural Arts and Education Centre, they promote local arts and culture, help to preserve traditions and heritage, and serve local and sister communities in order to better lives and make a difference.
Dana Moffett
Dana Moffett has undertaken a long journey into the complex and beautiful music of Zimbabwe. As a performance artist with Ruzivo and Paul Mataruse she has toured in the United States, Canada and Zimbabwe. As a teacher, she created and leads the Rubatano Center on Whidbey Island, whose focus is marimba instruction and a direct exchange of instructors from Zimbabwe. She has a strong background working with youth camps and youth performance groups, and has taught at numerous camps and festivals including the annual Zimbabwean Music Festival, Nhemamusasa North, The Canvas in Juneau, Alaska and for the Matanho Project in Zimbabwe.
Kurai Blessing Mubaiwa
Kurai was born in 1977 in the village of Murewa in Zimbabwe. He began playing the mbira at the age of six, learning from his father, his uncle, and other village elders. He has been singing and dancing since the first moment he could talk and walk, growing up in the rich cultural environment of his father’s village. He often played mbira and drums and danced in traditional ceremonies and other public gatherings.
In 1994, Kurai moved to the city of Harare and joined the cultural group Savannah Arts, where he learned to play marimba and trained as an actor. Here he facilitated and coordinated the Streets Ahead programme which focused on teaching street youth to play marimba. In 1995, he participated in The Youth Forum and taught cultural arts in Copenhagen, and Arhus, Denmark. In 1998, he toured West Africa and Europe with Zimbabwe’s Chiwoniso Maraire, and opened for Cesaria Evora.
Moyo Rainos Mutamba
Moyo Mutamba grew up mostly in the Ndau/Karanga-speaking areas of Zimbabwe, immersed in muchongoyo, maduda and ngororombe drumming and dance. He fell in love with mbira from hearing his great-uncle play at family gatherings and from recordings of Sekuru Gora, Mbuya Chiweshe, Mushawapara and Master Chivero, among others, on ZBC Radio 2.
Moyo counts among his teachers internationally celebrated mbira players Mbuya Chiweshe, Forward Kwenda, Garikayi Tirikoti and Alois Mutinhiri. Recently, he returned to Zimbabwe for a three-month mbira mentorship immersion with Garikayi Tirikoti, where he learnt Tirikoti’s seven-mbira orchestra style. Moyo is a PhD candidate at the University of Toronto.
Sheree Seretse
Sheree Seretse, Director of the Anzanga, Simba Youth and Zambuko marimba ensembles in Seattle, has been teaching, studying and performing for over 40 years. Affectionately known as “Mama Marimba”, Sheree’s passion and drive for Zimbabwean Marimba music shines through the five recordings she has produced and numerous other recordings on which she appears. Sheree received her initial training through renowned musician and composer Dumisani “Dumi” Maraire. She has facilitated many workshops around the country and has toured extensively around the globe. Sheree enjoys engaging and inspiring her students with exciting musical experiences and believes that marimba music is accessible to everyone.
Ted Wright
Ted’s love for Zimbabwean music began with Victoria’s Marimba Muzuva in 1993. He has been a teacher of marimba, mbira, chipendani and gumboot dancing for many years, and has travelled to Zimbabwe several times, studying and performing with many of Zimbabwe’s top traditional musicians.