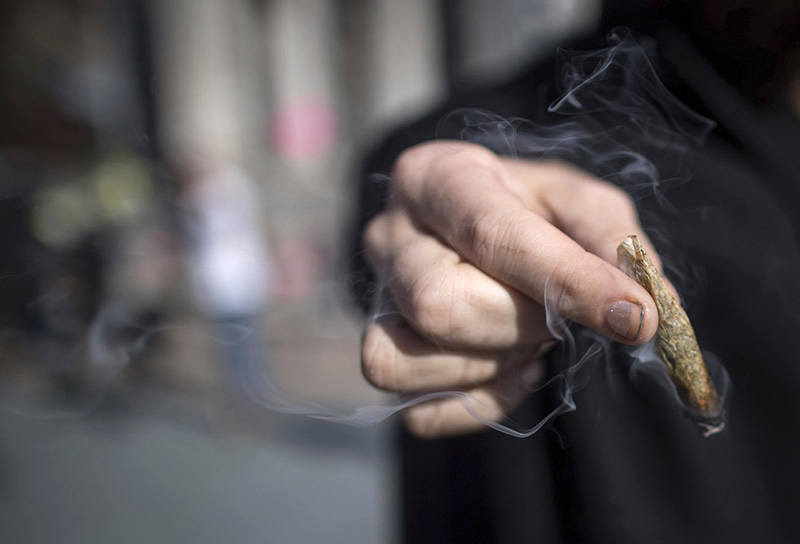 Day two of legal recreational cannabis in Canada on Thursday saw more long lineups outside pot stores and supply shortages in parts of the country.

Most consumers were exuberant about the end of prohibition, but a few expressed disappointment over not being able to buy cannabis on the first day.

Others balked at the relatively high prices — ranging from Can$5.25 (US$4.02) in Quebec to Can$18.99 in Saskatchewan per gram — compared to the black market that saw average prices plunge in the last year to Can$6.79 per gram.

After waiting seven hours in line at a store in downtown Montreal on Wednesday, Alexandre, 30, said he was turned away at closing at 9 pm (0100 GMT). Police stepped in to disperse the crowd, without incident.

“It was hell, it was cold,” Alexandre said. “But we had fun anyway, talking with people in the crowd and sharing joints.”

He was back early Thursday morning to try again.

“Yesterday was the day that everyone was waiting for but I think that little by little the queue will decrease,” he said.

A woman puffs on legal weed during a legalization party at Trinity Bellwoods Park in Toronto, Canada

Genevieve Despres, 41, was one of the lucky ones to make it inside the store on Wednesday. She described the scene in line as “super friendly, we sang, we laughed, I made friends.”

“I do not usually smoke but since it was a historic day for Canada I thought I’d try,” she told AFP.

Despres smoked bought pot with a low level of THC, the psychoactive agent in cannabis.

“My God it’s the bomb!” she said — and returned with friends Thursday to buy more.

In Ontario, Canada’s most populated province, 38,000 orders for weed worth about Can$750,000 were processed in the first few hours Wednesday (total figures for the day were not yet available), while in neighbouring Quebec 42,000 orders were processed in-store and online, smashing all expectations.

“This volume of orders far exceeds the forecasts of the SQDC,” the Quebec government pot retailer said.

It said it was “difficult to anticipate the volume of sales … given the lack of data from a sector that 48 hours ago was still illegal.”

The statement added that short-term supply shortages are expected due to “the craze surrounding legalization of cannabis and the scarcity of product across Canada.”

Canada’s smallest provinces on the Atlantic coast, Nova Scotia and Prince Edward Island, posted Can$660,000 and Can$152,000 in sales, respectively.

Supply shortages were already reported in the provinces of Newfoundland and Saskatchewan, as well as in the Arctic territory of Nunavut.

Several online retailers including the Ontario government’s pot portal warned customers to expect shipping delays of up to five days as they worked late into the night filling orders.

Estimated prevalance of cannabis use around the world

Canada Post workers are also poised to strike starting on Monday after more than a year of contract talks stalled, which could further delay deliveries of online orders.

Canada on Wednesday became the world’s first major economy and only the second country in the world, after Uruguay, to legalize the recreational use of cannabis and embark on the controversial experiment in drug policy.

Liberal Prime Minister Justin Trudeau has defended legalization — the fulfillment of a 2015 campaign promise — as intended to protect young people and to shut down drug dealers.

But there has been pushback from some doctors and the opposition Tories.

In total, Statistics Canada says 5.4 million Canadians will buy cannabis from legal dispensaries in 2018 — about 15 percent of the population. Around 4.9 million already smoke.

“We expected, you know, certain strains might run out and there would be a bit of a run on supply,” Bill Blair, a former Toronto police chief who is the government’s pointman for legalization, told public broadcaster CBC.

“But, you know, they’ve got a pretty good infrastructure in place and I’m confident it will work,” he said.