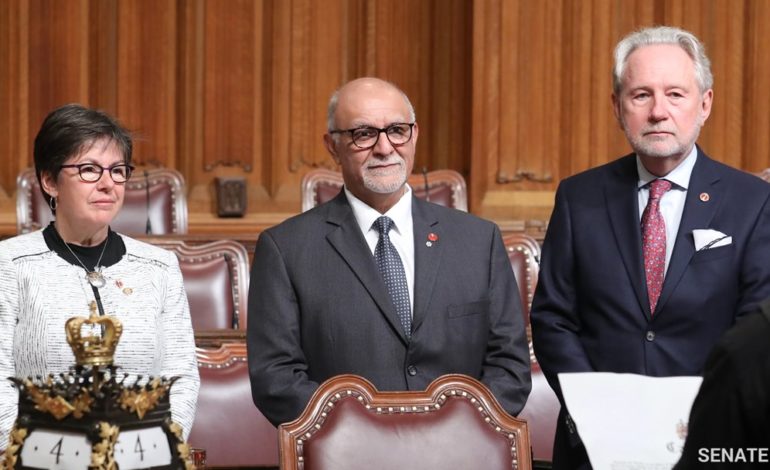 AMONG the recent appointments to the Senate of Canada is that of Dr. Mohamed-Iqbal Ravalia, an immigrant from Zimbabwe who immigrated to Canada in 1984 to flee the African country’s civil unrest.

The family physician settled in Twillingate, Newfoundland and Labrador, with his wife, Dianne, and their two sons, Adam and Mikhail.

Ravalia brings a wealth of experience in health policy to the Upper Chamber. In addition to being a family physician, he is also senior medical officer at the Notre Dame Bay Memorial Health Centre.

He is also an associate professor of family medicine and the assistant dean of Rural Medical Education Network at Memorial University of Newfoundland. His areas of expertise include primary care reform and chronic disease management, and he was even named Canadian Family Physician of the Year in 2004 by the College of Family Physicians of Canada

His years of dedicating his life to the well-being of others and educating the next generation of doctors has also earned him the Order of Canada in 2015. In 2012, Ravalia was awarded the Queen’s Diamond Jubilee Medal.

Ravalia is also an active member of his community who worked throughout his career to reach marginalized peoples and communities and his contribution to rural medicine.

“Dr. Ravalia’s vast knowledge and experience have earned him high respect in the medical field, and I am confident that he will be a great ambassador in the Senate, not just for Newfoundland and Labrador, but for all of Canada,” Prime Minister Justin Trudeau said in a news release.

Ravalia will sit as an independent senator.