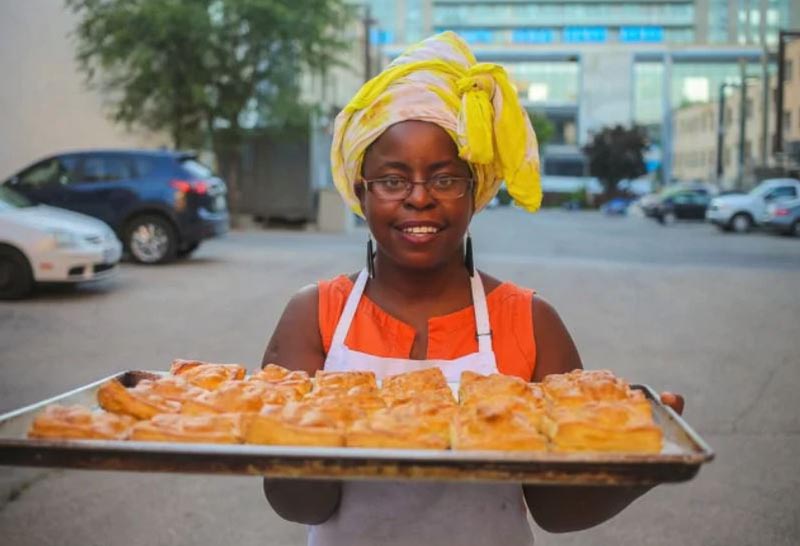 When it launched in 2011, the Toronto Underground Market played a pivotal role in growing the GTA’s culinary scene to what it is today.

While other festivals and events in the city featured already-established restaurants as vendors, many of which are chains, TUM’s event organizer Hassel Aviles’s intentions were clear; she wanted to give food pop-ups a chance.

A TUM event was unlike anything else the city had seen before.

Dozens of budding restaurant entrepreneurs presented their internationally-themed menus to thousands. During each visit, I would discover a handful of pop-ups I had never heard of before.

I learned about various styles of home cooking and found that many of the pop-ups drew inspiration from their parents.

I met Evis Chirowamhangu for the first time at a TUM Event. Chirowamhangu had a small table where she was trying to introduce diners to Zimbabwean meat pies. 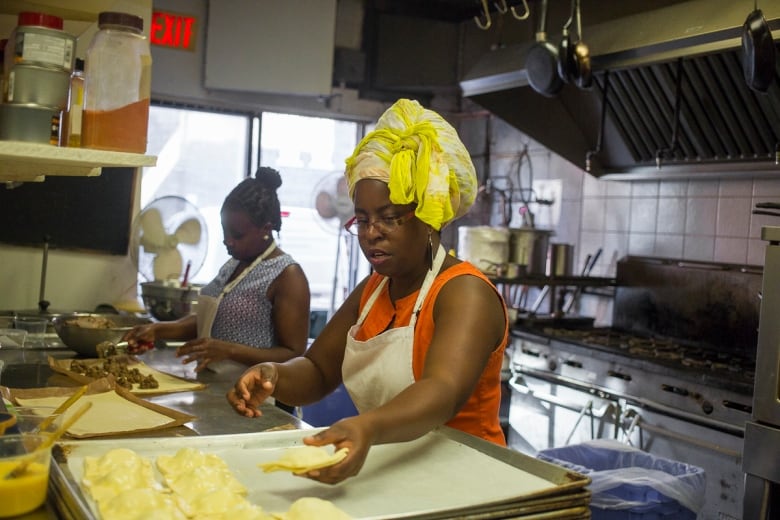 Evis Chirowamhangu makes 500 mnandi pies a week by hand with the help of a small team.

“Some of my fondest memories growing up as a kid was eating these meat pies,” said Chirowamhangu who was born in Zimbabwe.

“I come from a big family. Our Sunday ritual was to get meat pies and drinks and share them.”

When Chirowamhangu arrived in Canada as a refugee in 2005, she quickly found that the GTA was lacking when it came to Zimbabwean cuisine.

“You don’t see Zimbabwean food much here, which was surprising because we have the population. I couldn’t find my favourite pies,” she explained.

Encouraged by her friends and family, Chirowamhangu decided to learn how to make the traditional pies herself. On the outside they look like Jamaican patties or South Asian curry puffs, a fluffy puff pastry shell with meat and vegetable stuffing on the inside.

“It took me some time to perfect the flavouring of the filling. I drew my inspiration from traditional Zimbabwean curries and dishes to come up with these fillings,” she said. 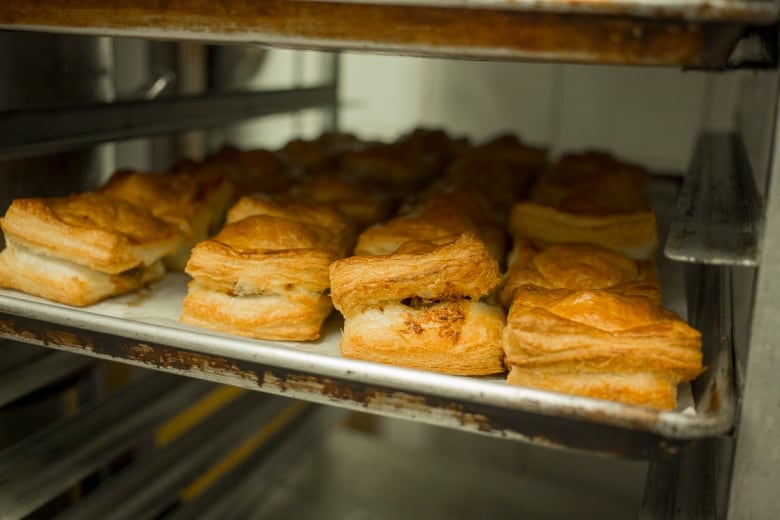 After a year, Chirowamhangu hit the Toronto event circuit to test out her pies.

“The response was immediate; people loved it,” she said. “Who doesn’t love a good savoury pie with a buttery exterior?”

Chirowamhangu calls her pies mnandi, which means delicious in Ndebele, a language spoken in southern Africa.

You can find her pop-up stand at farmer’s markets in Toronto; Saturdays at the Wychwood Barns market and the Withrow market.

The menu is limited, Chirowamhangu makes a half a dozen variations of the traditional pie. While they’re all very good, two stand out for me. 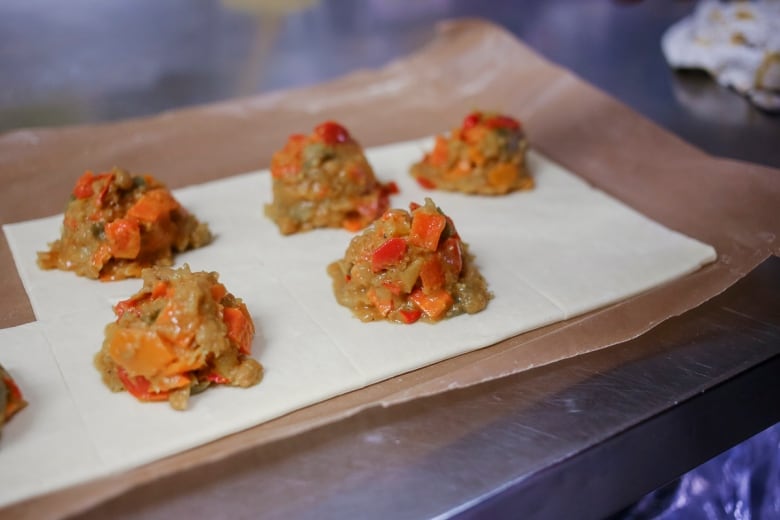 There’s a traditional tomato relish in Zimbabwean cooking called chakalaka, which is traditionally served with rice or bread. Think of salsa, but now picture it with curry powder, with deep paprika and cayenne notes.

Chirowamhangu has perfected her own version of it for one of her pies. When you crack open the puff pastry, you’re greeted with notes from the curry mix, and the medley of vegetables come together like a hearty stew.

“There’s no meat in this, and you won’t miss meat when you eat this,” Chirowamhangu said.

The second is the steak and onion, Chirowamhangu says its one of her most popular pies. 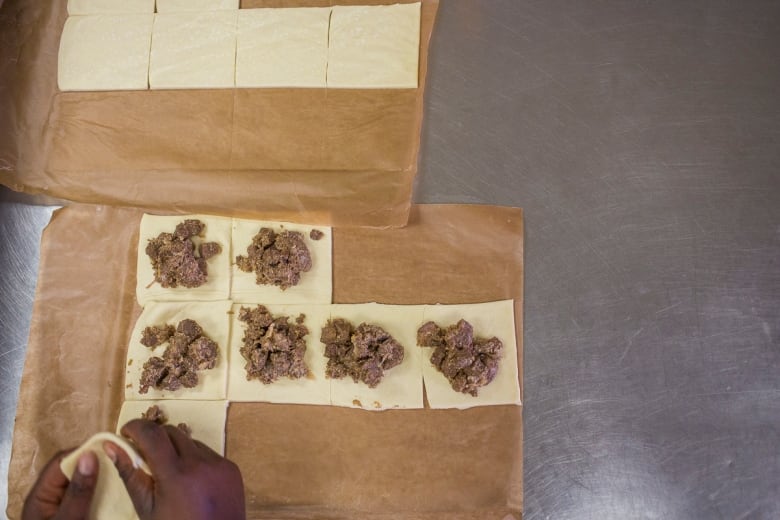 She uses high quality blade steak, which she chops up and mixes with spices and herbs. What I love is the immediate burst of black pepper flavour you get when you first bite through the crust and how the spice mix has been cooked down to cling on to each piece of tender meat.

When I first had this pie, I immediately went back for a second helping.

Chirowamhangu only makes 500 pies a week with local ingredients. They are all handmade and she bakes them all in one night each week, and then she sends them off the farmers markets. 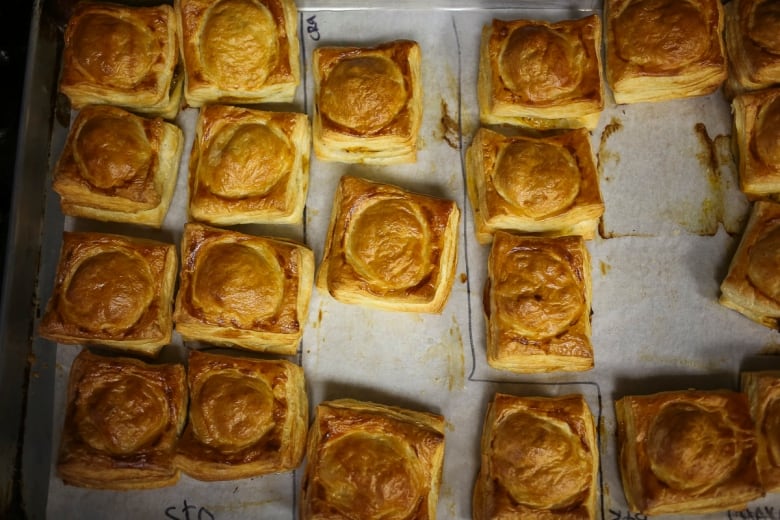