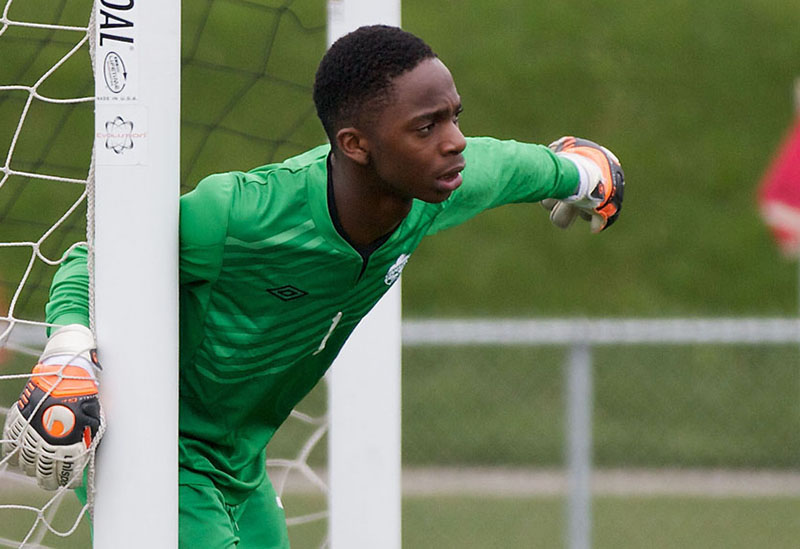 CANADA: FC Edmonton this week announced its first two roster moves of 2022, revealing that both Darlington Murasiranwa and T-Boy Fayia and will be returning to the club in the upcoming Canadian Premier League season.

Fayia, a 21-year-old who grew up in Edmonton, returns to his hometown club after making 11 appearances in 2021, his first professional season.

Murasiranwa, meanwhile, is the first goalkeeper on the roster for 2022. The 21-year-old, born in Zimbabwe but raised in Canada from the age of 13, made six total appearances for Edmonton in 2021, earning a clean sheet in the team’s final game of the year, a 1-0 win over Forge FC.

Murasiranwa also spent time in the FCE Academy as a youth player, and he appeared in U SPORTS for Guelph University before returning to Edmonton to play professionally with the Eddies.

“Darlington came in to join us last season and played in his first professional games,” Koch said. “He is a young local goalkeeper with massive potential, and we are excited to continue to work with him and push him to the highest levels possible.”

He added: “Both of these players embody who we are. They are both young charismatic players who bring an infectious attitude to the daily work environment and we look forward to welcoming them back to the team again in 2022.”

FC Edmonton confirmed that Fayia and Murasiranwa will be the only two players from the 2021 roster signed to the club for 2022. The Eddies added that they would like to thank all the 2021 players for their valuable contributions to the team both on and off the field.

These two are the first players announced from FCE’s 2022 roster, with many more set to come in the next few weeks as coach Alan Koch and new club president Jeff Harrop build their new squad.