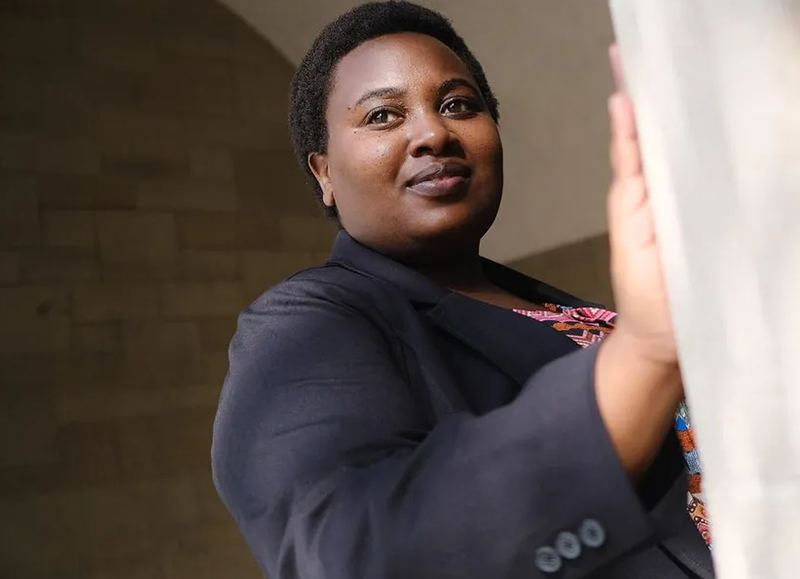 By Demar Grant I The Star

TORONTO: For a while, Chido Muchemwa thought she’d never get back to the point of writing, let alone winning a competition.

The University of Toronto PhD student entered the Bridge Prize national short story competition on a whim after the death of her father. She thought words had left her, and then ended up walking away with the top honour.

Muchemwa’s story about a queer Zimbabwean living in Toronto, dealing with the passing of her father alongside her family’s reluctance to accept her sexuality, impressed the jurors with its “exploration of both finding a sense of family and finding a sense of home for characters that are very far away from their homelands.”

Writing stories since she was a kid, they had always been a part of the Zimbabwean-born Muchemwa’s life. It was while studying science and literature in high school that she realized writing was the path for her. She continued to refine her skills while attending the University of Wyoming for a Master of Fine Arts in creative writing.

She followed that with a Master of Science in Information Studies at the University of Texas, which meant no writing, but it allowed her to gather a plethora of ideas to mould in the future.

Finally, Muchemwa landed in Toronto as a PhD candidate in U of T’s Faculty of Information, specializing in critical archival studies. Along the way she produced works that were featured in The Baltimore Review, Bacopa Literary Review, Canthius, Humber Literary Review and Tincture Journal.

Then her father died and the words left her. Or so she feared.

“I was legit worried that I was never going to be a writer again, that I was not going to figure out how to be the person who writes stories again,” said Muchemwa.

She entered the University of Lethbridge’s prestigious Bridge Prize short story contest on a whim and emerged victorious, among 187 entries, with her piece, “If It Wasn’t for the Nights.”

It’s a queer, COVID story surrounding three Zimbabwean characters, Tino, Charity and Tino’s mother “Ma,” who is trapped in Toronto due to pandemic restrictions. They wrestle with issues of sexuality and the death of Charity’s father, whose funeral, which she failed to attend, is a source of recurring nightmares for Charity. It’s after waking from one of these nightmares that Charity accidentally disturbs Ma at 4 a.m. and their reconciliation begins.

It’s a familiar story in many ways, the modern youth’s clash with elder traditionalists, but one that became vivid in a particular way for Muchemwa after meeting people in Toronto and reflecting on Zimbabwe.

“The community I found in Toronto is very queer,” said Muchemwa. “It’s shifted the way I think about sexuality, and I think that’s why sexuality started to become what the story is about because I started to realize so many people in Zimbabwe never see themselves in these stories because sexuality never comes up.”

In that unspoken space Muchemwa thinks there are important conversations to be had, along with people that haven’t been visible before. The characters Tino and Charity are engaged, much to Charity’s mother’s disapproval, but the driving force of the story is Ma, Tino’s mother, who for nearly two months rarely says anything. This is where Muchemwa’s interests lie.

“That just makes me want to talk about it and I want to help people find language to talk about the things that we don’t talk about. We’ve gotten to a place where we want to have the conversations, but we have no tools, our culture has not provided us with the tools. So, what I hope with my stories is to just generate language,” she said.

For author and journalist Waubgeshig Rice, one of the main jurors for the Bridge Prize and the Giller Prize, Muchemwa’s story is one that many can relate to. Canada, and Toronto especially, is characterized by many people living far from their homeland, where ideals and traditions are much different. Consistently having to grapple with those two spaces is a frequent reality.

“What I loved about it was its exploration of both finding a sense of family and finding a sense of home for characters that are very far away from their homelands,” said Rice. “I think that’s why, something like this is relatable to BIPOC people especially because we have to, evolve and adapt with the rapidly changing world around us and how that evolves intergenerationally, too.”

Winning the Bridge Prize comes with an award of $7,500 — the largest cash prize for student writing in Canada — but considering everything Muchemwa did to get here, it’s brought on different emotions than excitement.

“It’s reassuring to be like, yes, I’m still a writer. I can still write good stories, even if the process looks different now because I’m different now,” said Muchemwa.