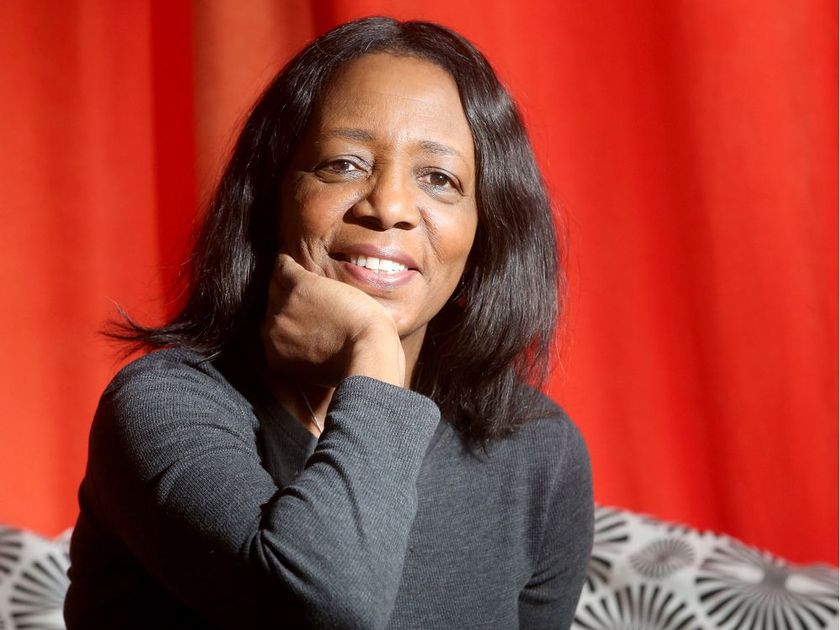 CANADA: Isobel Granger has been breaking down barriers from the very first day of her policing career.

“For me, it’s a picture much bigger than myself,” said Granger. “In order for people to trust, they need to be able to feel they belong … For a lot of people in the community, it’s hard for people to trust police, especially when they come from places where there is low trust for police. So when they see people who resemble themselves, it’s easier to build that trust.

But for Granger, her journey to the upper ranks of the police force was nearly halted before it began.

“I grew up in segregation with doors that were permanently closed to me,” said Granger, who first pursued her dream of policing in Zimbabwe — then called Rhodesia — when she applied to an all-white division of the British South Africa Police.

Being of mixed race, Granger suspected she passed through the initial recruitment due to her last name. She fully expected to be rejected once recruiters saw her skin tone. “But I went through the process saying, ‘You’ll have to eliminate me before I eliminate myself.’ Before I knew it I was hired (as) the first non-white to join white ranks.”

Granger had been bullied by a group of white women among her fellow recruits.

During one gruelling training session, in the midst of a 10-km run, Granger was at the head of the pack when she was suddenly placed with the group that had bullied her, lagging far behind.

At first she resented it.

“After a couple of kilometres it finally hit me that this is not about me, this is not about (her). This was about women in general. And so I started coaching (one of the women) and we completed the run, and when we returned, some of the girls wanted to go home. We started saying, ‘No, you can’t quit now or it will just set all women back.’

“I realized I have a role to play, and that’s what I’ve been doing ever since,” said Granger.

She emigrated to Canada in 1991 in search of a better life for her children, but “it wasn’t as easy as I thought it would be,” she said, recounting examples of near-daily discrimination she would encounter.

“I’ve encountered more prejudice here in Canada than racism, because prejudice is born out of ignorance and fear — when you don’t know something you’re afraid of it.

“Once people are awakened and enlightened to something, they develop empathy,” she said.

Granger applied to the Ottawa police in 1991, but withdrew her application when she realized the force, at that point, had never hired a black female officer.

She called the recruitment office three years later, and was hired in June of that year.

But she still experienced hardship as she worked her way through the ranks.

“It’s taken me three times as long as anybody else to get where I am. The higher up you get the greater the challenges are. But I have no regrets because I’ve been able to be involved in some amazing things.”

Granger for years headed the partner assault unit, participated in a UN peacekeeping mission to Cambodia, and led the police community outreach effort after the death of Abdirahman Abdi.

“When I say this is where I come from, and these are the things that brought me to where I am today, it creates a shared understanding,” said Granger. “For me, I understand because I know what it’s like to be marginalized. And the wonderful thing about the Ottawa community, and the relationship with police, no matter what happens between us … even in difficult times we continue talking, and we were talking all the time (during the fallout surrounding Abdi’s death).

“We have a ways to go, but we created some really strong bonds where we can actually work together forward. In the middle of that conflict, I met some amazing people and some of the bonds that were formed between people and the police have been really strong.”

Chief Charles Bordeleau said the force is “very proud” of Granger’s work on the force, in the community and on the international stage.

“She’s had an amazing journey in policing and in her life. This is a strong signal that we recognize talent, and we want to ensure that we’re giving equal access to opportunities for women and for those from racialized communities,” said Bordeleau, calling Granger a “very well respected” member of the force.

“We’ve heard loudly and clearly from our entire community that they want a police force that is reflective of who they are.

“We are committed to that as a police service, I’m committed as a chief to continue the good work we’ve been doing around diversifying our workplace, whether it’s women or people from racialized communities, we want to make sure we continue in our goal to be reflective of the people we serve.”