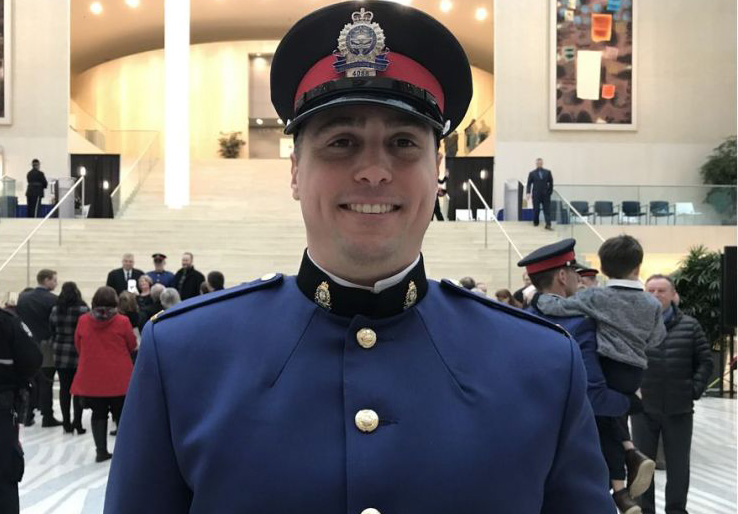 Const. Kyle Pepper was one of 29 new police recruits to graduate
Spread This News

A police news release said it is a diverse group, including recruits from Canada as well as China, Italy, Poland, Romania, Somalia and the United States.

One of the new officers, 33-year-old Const. Kyle Pepper, comes from Zimbabwe.

Pepper, who will work in patrol out of the city’s southwest, was trained and worked as a lawyer in South Africa, where his family moved when he was 15 to escape unrest in his home country.

He came to Canada in 2014 and joined the bar here, working as a lawyer in Stony Plain for about one year, largely in criminal law.

“I think for me especially, moving countries, it’s like you’ve got a second family,” he said of joining the service. “That’s been really nice, to be able to put down roots and get to know your squad (and) your class.”

“It was a big change,” he said of the decision to become a police officer. “I decided though I enjoyed law, I want to do something a bit different with my life. I have family members who have been involved in the military before, so I wanted to do something that was a little bit different but still be able to use my legal skills.”

After a stint in patrol, he hopes to join the service’s legal adviser section — which requires him to maintain status with the bar “so I can give legal advice to members later on” — for example, explaining how to use things like search warrants.

He felt his background in family law would be useful.

“It’s helpful from a policing perspective because we go to a lot of family related occurrence (calls),” he said.