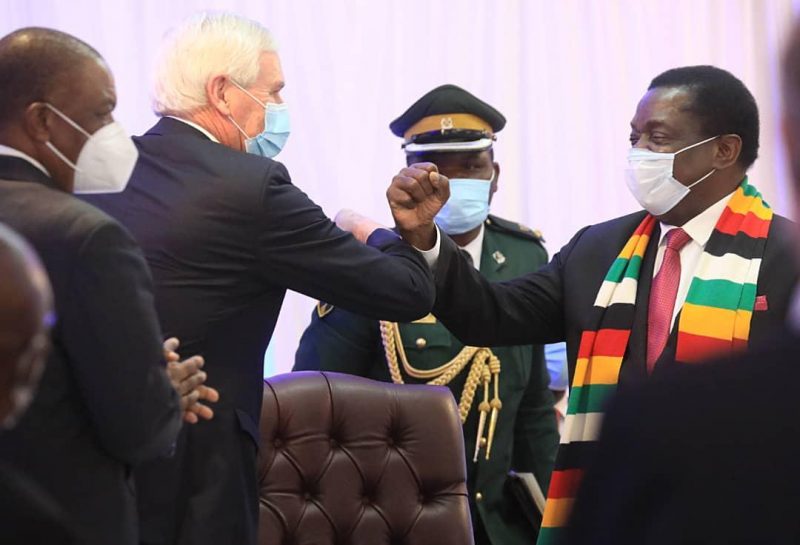 CALEDONIA Mining Corporation has signed an agreement with the Zimbabwe government under the global miner will evaluate mining rights, properties, and projects in the gold sector controlled by the state.

The deal is to assess the potential to advance development on these properties or projects.

Caledonia said it believed Zimbabwe is a highly prospective region for gold discoveries.

Caledonia has assessed and continues to assess investment opportunities in the Zimbabwe gold sector that are privately owned.

“I am delighted we have reached this agreement which will give Caledonia access to a new and much-increased number of potential investment opportunities in the Zimbabwe gold sector,” Caledonia chief executive Steve Curtis.

“Over the years of operating in Zimbabwe, we have established a professional relationship with the appropriate bodies and have a strong performance, social and ethical record. We look forward to applying the same approach to any future opportunities in the country, developing the assets in the same responsible way we have done at Blanket, with any new developments including a local ownership structure and community engagement.”

“The signing of this agreement is very timely: Blanket Mine, Caledonia’s current investment in Zimbabwe, is approaching the end of a multi-year, +$60 million investment in a new shaft. When this project is completed later this year, Blanket’s annual gold production is expected to increase from approximately 55,000 ounces to approximately 80,000 ounces per annum from 2022 onwards. The increased level of production, in conjunction with the higher gold price, means that we should have the financial capacity to consider further meaningful investments in the Zimbabwe gold sector.”

On behalf of the Zimbabwe government, Mines Minister Winston Chitando said he was confident Caledonia would make a larger contribution to the country.

“Since Caledonia purchased Blanket Mine in 2006, it has increased production at Blanket from less than 20,000 ounces of gold per annum and is now poised to increase production to 80,000 ounces per annum,” he said.

“Blanket Mine has more than doubled its employment from less than 800 in 2006 to a current level of approximately 1,650; Blanket is also a major tax-payer in Zimbabwe and we expect this to increase substantially in the next few years. Caledonia is also an outstanding corporate citizen in Zimbabwe, having facilitated local ownership partnerships of Blanket Mine since 2012.

“I am, therefore, pleased that Caledonia will apply its experience, technical expertise and its financial capacity to evaluate the portfolio of gold assets that are held by the government. I am confident that Caledonia will make an even larger contribution to the economy of Zimbabwe as a result of further investments in our gold industry.”

President Emmerson Mnangagwa said he was delighted to officiate at the formal signing of the partnership.

“I was delighted to officiate at the formal signing of the partnership between the Government of Zimbabwe and Caledonia Mining Corporation, who produced close to 500kg of gold last year alone. Zimbabwe is open for business,” he said.