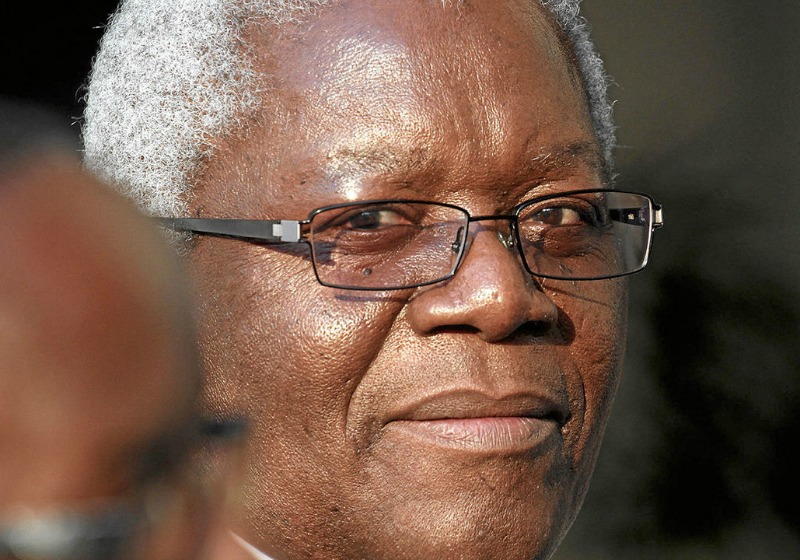 FORMER Finance Minister Ignatius Chombo has pleaded with the courts to order the release of his passport saying his life was under threat and urgently required immediate medical attention in neighbouring South Africa.

Chombo revealed this Thursday in an urgent chamber application he filed with the High Court a day before while seeking immediate release of the document.

The ex-minister made an application through his lawyer Lovemore Madhuku asking the superior court to order magistrates to authorise the release of his passport.

The passport was released over two weeks ago before it was forcibly taken from him by suspected State agents while he was just about to board a flight to South Africa at the Robert Mugabe International Airport.

He contends the clerk of court, the magistrates and the State agents are in contempt of a court order and should give him back his passport.

“This is an extremely urgent application within the contemplation of section 164(3) of the Constitution of Zimbabwe 2013, for a mandamus to compel the first respondent to obey an order of court,” Chombo said challenge.

“I am being treated for a life-threatening cancerous growth in my body. The magistrate’s record has all the relevant documents. It is common cause that I require periodic visits to South Africa.

“My medical programme was adversely affected and my medical doctors in South Africa, although still waiting, are deeply concerned that I am missing the deadlines they had recommended.

“I observe that in this case, the disobedience is by a court official. The court is being disobeyed in its own domain. It is neither the executive nor legislature disobey.”

His lawyer further supported Chombo’s application saying, “The applicant has no alternative remedy if the matter is not heard urgently. He must be in South Africa for medical treatment, failing which his health may fail and threaten his life.”

Chombo said there has never been a time he got as embarrassed in his entire life as the day he was forced to abort his journey when his passport got seized at the airport.

“As a result, it became impossible for me and my family to travel for medical treatment. It was very humiliating and embarrassing. The airline had to do a procedure known as off-loading,” he said.

His lawyer said after the agent took his passport, the officer vanished forcing Chombo and his family to abort the journey.

He further told court that the immigration department continued giving excuses on why his passport was taken.

The once powerful ex-minister later discovered the document was handed back to the clerk of court with how it got there still a mystery to him.

Chombo had surrendered his passport to the courts as part of his bail conditions during the beginning of his corruption related trial.

Kasema has since been arrested over the allegations and is yet to stand trial for abusing his duties as a public officer.

Chombo is among some former President Robert Mugabe’s henchmen who fell by the wayside when the Zimbabwean strongman was muscled out in a shock military coup November 2017.

He is among a handful ex-ministers who have been in and out of the courts over a slew of offences allegedly committed during their time in government amid claims of persecution under new President Emmerson Mnangagwa.

Another ex-minister, Walter Mzembi is reportedly battling a similar ailment in South Africa while his criminal trial stalls.

Former Local government minister, Saviour Kasukuwere also went to the same country on indications that he was going to seek treatment but never returned.