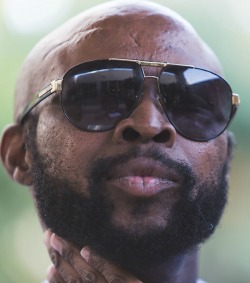 KWAITO star Mduduzi ‘Mandoza’ Tshabalala is fighting for his life again after having cancer treatment in 2015, as it has now metastasized to his brain.
This is according to the statement released by Mandoza’s friend and producer Gabriel Gaby Le Roux on Facebook.
The ‘Nkalakatha’ hitmaker was diagnosed with cancer in May 2015.
In his post, Le Roux wrote:
“A great Son of our Mzansi Soil is in trouble. Mandoza Nkalakatha is fighting for his life after having cancer treatment in 2015; it has unfortunately metastasized to his brain. Doctors and medical staff are trying whatever they can and we are not giving up hope for his recovery.
“Mpho and the Tshabalala Family has asked all his Friends and Fans to Pray for him, beckon the Ancestors and keep him in your thoughts during this time. Please also be respectful and discreet in how you react to this announcement.
Thanks”
Mandoza spoke highly of Le Roux on his reality TV show Rolling with Mandoza, as a great source of support during his career despite his troubled past, which included a battle with drug addiction.
Advertisement