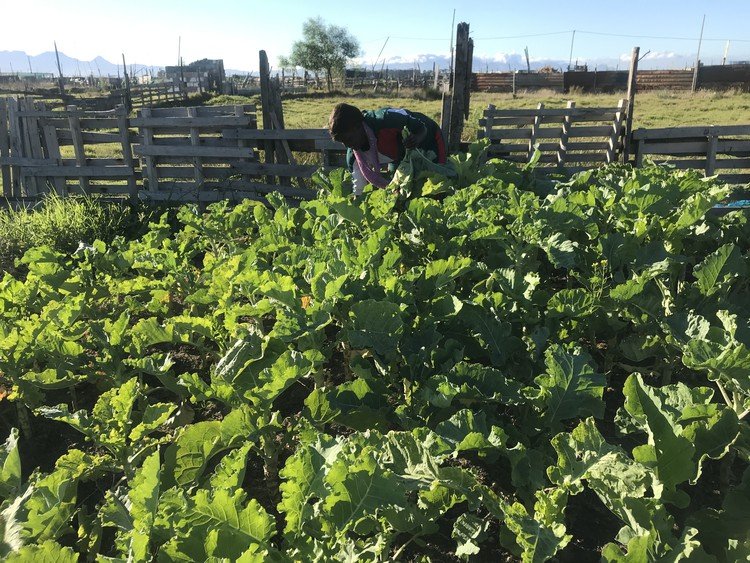 Hozheri and daughter started planting vegetables in Mfuleni, Cape Town after losing their business during the Covid-19 lockdown. Today, she says the vegetable garden is thriving, with plans to expand
Spread This News

A ZIMBABWEAN woman and her daughter started farming vegetables in Mfuleni, Cape Town to make ends meet after losing their jobs during the Covid-19 lockdown last year.

Hozheri, a single mother of two, arrived in Limpopo in 2009 and relocated to Cape Town in 2015. When lockdown was imposed in March 2020, Hozheri had to close her business as she was unable to make deliveries or collect cash from customers.

“My daughter and I needed to eat, pay rent and buy toiletries but with the business gone and all my savings used up, we struggled. It is not easy if you are an immigrant because there is no family support here,” she said.

Hozheri said when lockdown rules were slightly eased, she took a walk in her area and stumbled onto a vacant plot of land. A section of the land, she explained, was being rented by a Tanzanian man who was growing spinach and about five other plots belonged to South Africans rearing pigs.

Soon after, Signature Queen Farm was started with very little to no experience of farming. “We pay R1,000 monthly for rent. I sold my two sewing machines to buy planks for fencing and seedlings from Pretoria. We then dug a well and used buckets for watering the plants until we saved enough to buy pipes and a sprinkler.”

Hozheri said that three months after starting her farm, she discovered that the person to whom she was paying rent was in fact not the rightful land owner. She was forced to relocate to a new plot which had to be cleared of stones before they could plant.

Hozheri said they grow a variety of vegetables popularly used in Zimbabwean dishes but not easily available like covo, rape and kale. “We sell a bundle for R10 and bulk orders for resale. Our customers are from Wynberg, Khayelitsha, Eerste River and here in Mfuleni,” she said.

Hozheri said she works seven days per week between 8am and 5pm, watering the crop, pruning, tilling the soil, adding manure and spraying pesticide. “We are making more money now because there are few people doing these gardens in the township,” she said.

She wants to expand her farm but will need investment and better equipment.