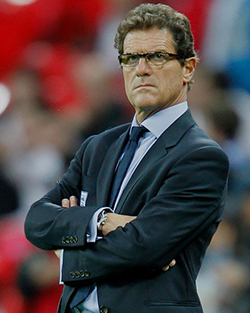 FORMER England coach Fabio Capello has criticised Jose Mourinho for asking too much of his players and mentally draining them.
Chelsea’s disappointing start to the new season is down to Jose Mourinho burning out his players, according to Fabio Capello.
The Premier League champions have been poor so far in this campaign and sit 16th, having lost more top-flight matches already this term then they did in 2014-15.
On Monday Chelsea issued a statement backing the Portuguese boss, who saw his team fall to a 3-1 defeat at home to Southampton on Saturday.
And former England coach Capello believes that Mourinho has gradually drained his players since retaking the helm at Stamford Bridge and now they are paying the price.
“Mourinho burns out his players after a year and a half, at most two years,” Capello said on Fox Sports.
“I had already heard it when he was in Madrid and now we have confirmation in London.
“It is true that Chelsea are paying for some of their absences – like [Thibaut] Courtois – but there have also been tactical errors from the coach, who this year is not preparing for matches very well.”Advertisement