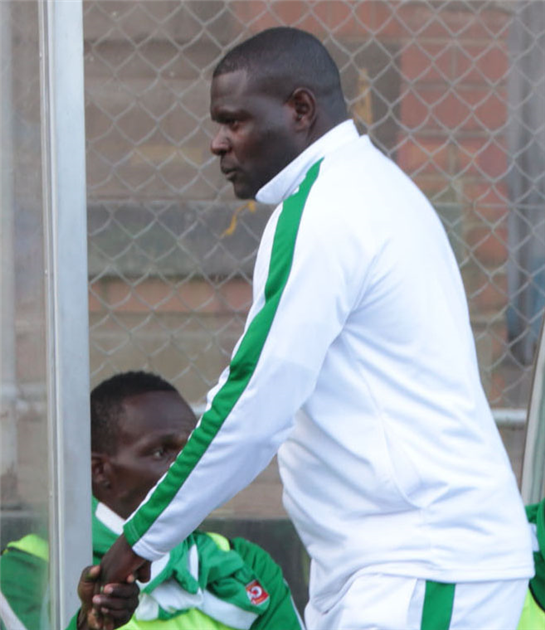 THE Caps United management has thrown its weight behind the under fire Lloyd Chitembwe after supporters turned against the coach following a 1-1 draw at home against Hwange at Rufaro on Sunday.
Angry fans waited outside the main VIP entrance to the stadium after the match, calling for Chitembwe’s resignation.
Some of the fans questioned the continued preference of goalkeeper, Jorum Muchambo, whom they said does not deserve to guard the goal because he has cost the team in some matches, including the match against Hwange.
The draw against Hwange left the Green Machine in third place with 25 points from 12 matches one behind leaders Highlanders.
A win could have taken them to the top of the league table after leaders Highlanders slumped to a 2-0 defeat to Chicken Inn.
However, Caps United board chairman Advocate Lewis Uriri, said the result against Hwange was not a train crash and that it has to be looked at in the bigger picture of their three-year strategic plan.
Uriri said their strategic plan was to win the championship by 2018 and to conquer Africa by 2019.
He said while it was natural for fans, whom he described as important and an integral part of Caps United as an institution, to register their displeasure with the result, they could not burn bridges with Chitembwe who has punched above his weight to put the club in a very strong position in the championship race.
“I didn’t have firsthand observation of the alleged reaction of the supporters because I left five minutes earlier before the end of the match,” said Uriri.
“I have only read it in the newspapers but whatever the case, it appears some supporters were not happy with the result.
“Naturally, that is expected from them, they are important and an integral part of the Caps United institution. They want the team to win.
“That having been said, results must be looked at in the bigger picture of our strategic three-year plan of winning the championship by 2018 and to conquer Africa by 2019. While we have not written off 2016, this result is not a train crash.”
The club boss continued: “Lloyd Chitembwe is the head of the technical team and makes decisions that he deems fit.
“He has the final say and is in line with his key result area.  According to a list of his objects which are key result areas, the performance shows he is in line to achieve his objective.Advertisement

“We are happy with what he has done so far. He is there to stay for now.”
The Green Machine, who scored through defender Justice Jangano before substitute Pervington Zimunya equalised towards the end, appear to have the character to go all the way and win the championship for the first time since they won back to back championships in 2004 and 2005.