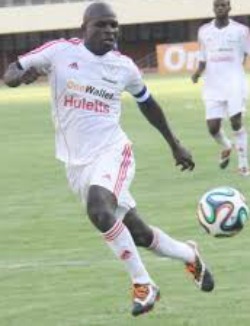 CAPS United, favourites to win this season’s Chibuku Super Cup, bombed out of the richest knock out tournament at Maglas on Sunday after they were edged 1-0 by bogey side Shabanie Mine.
The match was, however, abandoned towards the end after the referee was pelted by missiles by United fans who could not imagine their team watching the tournament from the side-lines.
The visitors had become the favourites to go all the way after the other big two Dynamos and Highlanders were booted out in the first round including league title challengers Ngezi Platinum and FC Platinum.
However, the Green Machine found themselves trailing 1-0 on 44 minutes after William Mapfumo thrust Shabanie into the lead.
A late bid to claw back into the game proved futile as Shabanie defended resolutely. As frustration took its toll on the visitors some Caps United fans are alleged to have pelted the referee accusing him of bias leading to the stoppage of the match.
The victory cemented Shabanie’s proud record against the Harare giants at their fortress Maglas. Caps United have not beaten Shabanie at Maglass in the last 10 years.
The last time they managed that feat at Maglas was way back in 2004 and 2005, when they won with identical 1-0 score lines. It was the year they won two successive championships under the guidance of Charles Mhlauri.
Subsequent bids to win at Maglas have proven to be a tall order for the Green Machine.Advertisement