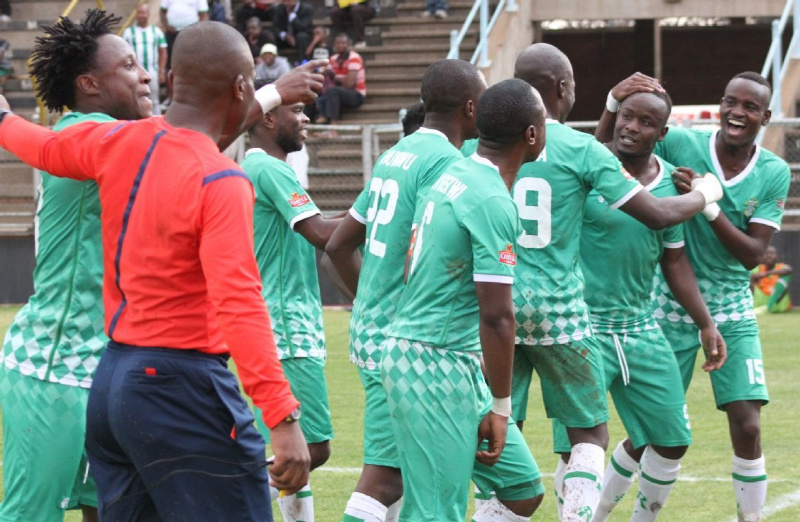 THE CAPS United duo of Joel Ngodzo and Phineas Bamusi was rewarded for its consistent run of good form over the last two years after being voted into the Castle Lager Premier Soccer League Soccer Stars of the Year calendar for the second year running.

Ngodzo and Bamusi, who have been instrumental in Makepekepe’s run for the premiership crown, were unveiled on Wednesday afternoon following the voting by a panel of experts that include journalists, coaches and club captains.

There was also joy for Highlanders goalkeeper Ariel Sibanda, who also made the shortlist for the second year in succession following a brilliant individual season with the Bulawayo giants.

Sibanda, who has 16 clean sheets so far this season, was joined on the list by in-form free scoring striker Prince Dube.

Zimbabwe football giants, CAPS United and Highlanders provided two players each to the final list of the best 11 players in the ongoing season.

Dube, together with CAPS’ Ngodzo, are among the favourites for the coveted Soccer Star of the Year Award, whose winner and his two runners-up, will be unveiled at a special banquet to be held on December 6.

Voting for the Coach of the Year, Promising Young Player and Goalkeeper of the Year awards was also concluded on Wednesday but the winners will be announced at the awards banquet.

Former Chicken Inn striker Clive Augusto, who still leads the Golden Boot race after banging in 14 goals in the first half of the season before for South African side Maritzburg United in August, was also named amongst the country’s finest football players this season.

Dynamos, who last year failed to contribute a player to the Castle Lager Premier Soccer League calendar for the first time in over a decade, are this year represented on the elite list by striker Evans Katema.

Nadolo, who joined TelOne from South Africa during the mid-season has been a vital cog in his club’s quest to fight against relegation.

Two players Munyaradzi Kunyarimwe of ZPC Kariba and Ngezi Platinum’s Frank Makarati were disqualified from the selection on disciplinary grounds. Both players have accumulated 10 or more disciplinary points and were therefore not eligible for selection for the annual awards, according to the selection guidelines.

Highlanders coach Hendrikus Pieter de Jongh and Chapungu coach Thomas Chinyan’anya also missed out on the selection for the Coach of the Year because they did not attain the 10 games required to be eligible for selection.