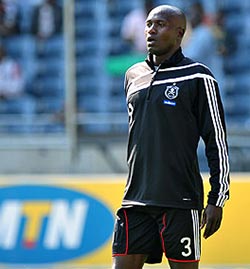 SHABANIE Mine eased their relegation worries with a hard fought 2-0 win over Hwange at Maglas Stadium in Zvishavane on Thursday.
Terrence Majo scored the opening goal in the 38th minute from a Rowen Nenzou feed as new technical director Jairos Tapera got off to a flying start.
It was then left to 37-year-old veteran defender Zvenyika Makonese to make things safe in the 82nd minute with a superb header for the maximum points.
Though the win kept Shabanie in the relegation zone, with 26 points from 22 games, they pushed How Mine to 14th place with 24 points and are (Shabanie), now one point behind Black Rhinos and Triangle (27 points).
Caps United overcame their financial problems that saw them arrive in Bulawayo on Thursday morning when they drew 0-0 with relegation-threatened Bantu Rovers at Hartsfield. Had Caps won, they would have been one point behind the leaders Dynamos.
The point on the road saw them maintain fourth place with 38 points, the same as ZPC, one behind Highlanders on 39 and leaders Dynamos who are three points clear at the top.
Caps United defender Stephen Makatuka was red carded in the 24th minute of the match by referee Mlindeli Ndebele for slapping Bantu striker Leneance Mpofu across the face in an off-the ball incident.
How Mine play ZPC Kariba at Hartsfield on Friday, desperate for a win to avoid the chop after only two seasons in the top flight.
Luke Masomere will be taking charge of his first league match at How Mine after replacing Philani Ncube two weeks ago and knows the tough task ahead, although he says they are not fighting relegation.
“We are building a team that will compete next year. We want players who will show character and who want to play for How Mine,” he said.
ZPC have lost once in 21 matches-a 3-0 thrashing away to Chapungu and will be looking to closing the gap between them and leaders Dynamos, who are on 42 points while ZPC have 38.
RESULTS
Wednesday: Dynamos 2-0 Chiredzi, Highlanders 0-0 Buffaloes, Triangle 2-0 FC Platinum, Black Rhinos 1-0 Harare City, Chapungu 3-1 Chicken Inn
Thursday: Bantu Rovers 0-0 Caps United (Hartsfield), Shabanie Mine 2-0 Hwange (Maglas)
FIXTURESAdvertisement

Friday: How Mine vs ZPC Kariba (Hartsfield)