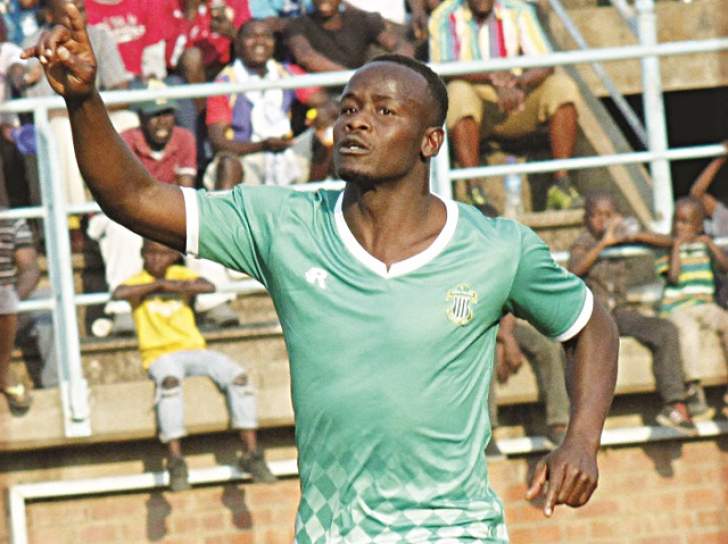 HARARE giants CAPS United returned to winning ways and climbed back to the top of the Castle Lager Premier Soccer League table on a Sunday that saw fellow premiership heavyweights Highlanders produce another barren show to finish goalless at home to Herentals.

At the National Sports Stadium, Ronald Chitiyo’s late goal sealed a 3-2 win against newboys Mushowani Stars in a thrilling clash.

Makepekepe, who were coming from their first loss of the season against Chapungu at the same venue only three days earlier, on Sunday came from a goal down to equalise before diminutive midfielder Chitiyo headed home Phineas Bamusi’s cross 10 minutes from time.

CAPS United drew first blood through defender Godwin Goriyati off a fumble by the Mushowani goalkeeper Hamilton Makainganwa six minutes into the encounter.

But they were not given a chance to enjoy their lead as Mushowani striker Evans Katema rose from a foul to finish a penalty kick a minute later.

Katema completed his brace just after the half hour mark.

With action swinging from one end to the other, Dominic Chungwa came five minutes before the break with an easy tap-in when Makainganwa made another schoolboy blunder after spilling the ball onto his path.

With the match seemingly headed for a stalemate as both teams struggled to create any meaningful chances, Chitiyo turned messiah 10 minutes from full time to nod home Phineas Bamusi’s cross.

Makepekepe are now on 18 points from eight matches, a point clear of second placec Chicken Inn, who beat Chapungu at Mandava Stadium on Sunday.

In Bulawayo, it was yet another story of missed opportunities as Highlanders continued to fire blanks after being held to a goalless draw by Herentals who ensued the once mighty football side go eight matches tasting victory.

The game between Manica Diamonds and TelOne finished in a 1-1 stalemate.