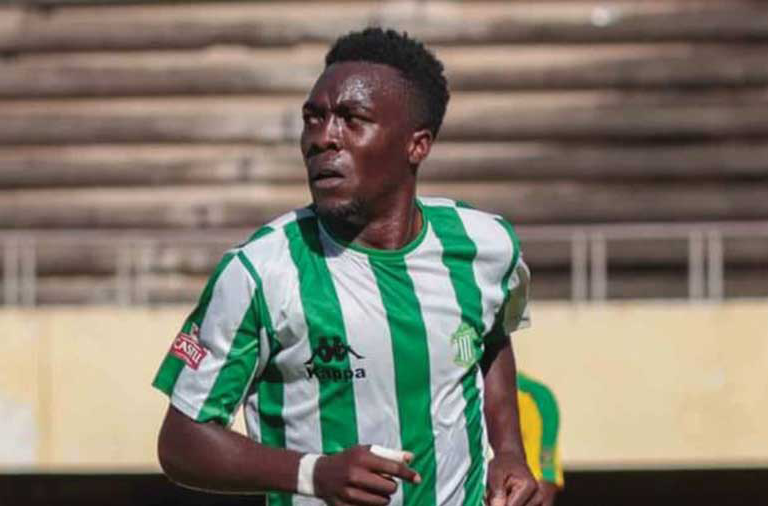 VETERAN striker Rodwell Chinyengetere scored an injury-time equaliser as Harare giants Caps United salvaged a point in a 2-2 draw against Bulawayo Chiefs at the National Sports Stadium on Saturday.

Makepekepe appeared on course for their second successive loss after surrendering an early lead against Chiefs, before Chinyengetere spared them the blushes with an injury-time freekick.

Earlier, the league’s top scorer William Manondo had ended a goal drought stretching back to August by scoring his 16th goal of the season to give Caps United the lead in the first half.

However, Bulawayo Chiefs drew parity three minutes before halftime through striker Obriel Chirinda before Farau Mutare gave them the lead on the stroke of halftime.

Caps United, who have been enduring a nightmarish season appeared destined for defeat but were finally rewarded for their persistence when Chinyengetere’s free-kick beat the Chiefs goalkeeper David Bizani from a close-range freekick in stoppage time.

Meanwhile in other matches played on Saturday, relegated WhaWha beat Black Rhinos 3-2 at Ascot Stadium while Tenax and Cranborne Bullets played out to a goalless draw at Vengere.

The victory took 16th-placed Harare City to 32 points, three points behind ZPC Kariba, who play Highlanders at Barbourfields Stadium on Sunday while Bulawayo City are in position 15 with 33 points.

If ZPC Kariba, who have 35 points, win or salvage a draw against Highlanders, Harare City and Bulawayo City will join Tenax and WhaWha, who have already been relegated from the top flight league.