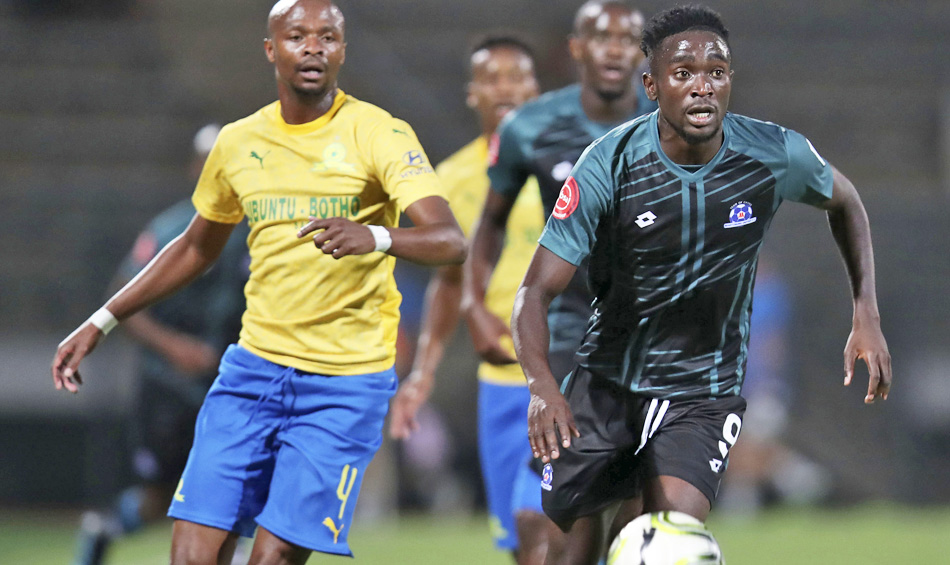 In an effort to strengthen their attacking options the Harare giants have secured the services of Augusto on a two year deal.

The former Ngezi Platinum Stars and Chicken Inn forward is seeking to revive his career after enduring a difficult spell in South Africa.

Augusto, who won the Castle Lager Premiership Golden Boot in 2019 with 14 goals despite leaving for greener pastures mid-season, was unable to carry the spark at Maritzburg United.

He was released by the club in July last year without a goal or an assist after featuring in six league games and three cup appearances for The Team of Choice.

Augusto resurfaced at South African second tier side Uthongathi FC but was released at the end of last season after failing to score in nine appearances for the club.

After the forgettable spell in South Africa the 27 year-old forward is hoping to finally get his career back on track at Makepekepe.

“Looking at our team we were looking for a striker to complement our wide areas where Wadi was one of the wide players and getting Clive was what we wanted to boost our attack. It was a process we started before Wadi’s deal,” he said.

“I feel the environment is good for him to up his game again and can even do better than what he did in the past in both the league and cup games,” noted Dodo.

CAPS United will be hoping for better fortunes when domestic football finally returns after struggling for consistency in the group stages of the Chibuku Super Cup before the suspension of local football due to a spike in Covid-19 cases.

When the Chibuku Super Cup was suspended, Makepekepe were in position three in Group 1on 7 points behind log leaders Dynamos after the first six games and in danger of failing to progress to the knockout stages of the competition.