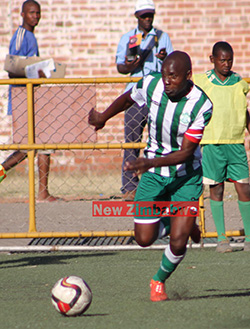 Highlanders 1-1 How Mine (How Mine won 4-3 on penalties)
Caps United 2-2 ZPC Kariba (ZPC won 4-1 on penalties)
GIANTS Highlanders and Caps United were the biggest casualties of the Chibuku Super Cup first round on Sunday when they bombed out of the competition.
At Barbourfields, Herietin Masuku gave How Mine the lead before Obadiah Tarumbwa sqaured up the match to send it into the lottery.
In the shootout, Masuku, Devon Chafa, Timothy January and Menard Mupera converted for How How Mine.
Newboy Simangaliso Simango saw his effort saved by How Mine keeper Donovan Bernard while Tendayi Ngulube’s effort crashed against the cross bar.
Tarumbwa, Nqobizitha Masuku and King Nadolo scored for Bosso.
At the National Sports Stadium, Caps United led 2-0 at halftime through Leonard Tsipa and Justice Jangano.
Tsipa later saw red on the hour for a crude tackle on James Dauda.
After the breather, Caps reject Leonard Fiyado gave ZPC some hope when he pulled one back before Thomas Sheshe equalised at the death.
In the lottery, Sheshe scored again after Raphael Manuvire, returnee Limited Chikafa and Dauda had converted.
For Caps, Dominic Mukandi and Jangano missed their spot-kicks with only Stephen Makatuka converting.
It was ZPC coach Sunday Chidzambwa’s first win in five matches and came on the back of a two-match ultimatum from the team’s executive.
“We were lucky to have scored the equaliser and I hope this gives us some confidence going forward,” the veteran coach said.
On Saturday, FC Platinum overcame Dongo Sawmill 2-0 at Mandava with on fire Brian Muzondiwa and Tarisai Rukanda scoring on either side of the half.
Chicken Inn beat Hwange 2-0 at Luveve via a Mitchelle Katsvairo double in the second half.
Chapungu’s Tineyi Chitora scored the winner as they edged Flame Lily 2-1 at Whawha.
On Friday, Harare City clinically demolished Buffaloes 4-1 at Rufaro to move into the last eight.
Winners of the competition will take home $75 000 in the final which is slated for October 31.