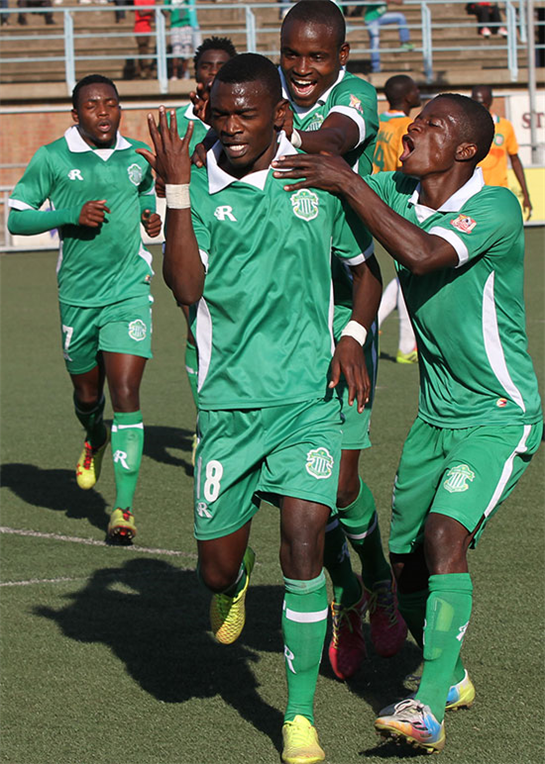 CAPS United 3-0 Chiredzi
CAPS United kept their title hopes alive with a victory over visiting Chiredzi in a Castle Lager Premiership tie at Rufaro in Harare on Sunday.
First half goals by Kenneth Bulaji and brace by Leonard Fiyado saw CAPS United bouncing back from a 2-1 defeat against Hwange during a mid-week tie, to keep the heat on pacesetters ZPC Kariba.
The match was delayed by 15 minutes as the match officials insisted that Chiredzi’s technical staff produce licences to be allowed to sit on the bench.
Chiredzi coach Gishon Ntini, the team manager, medic and physiotherapist did not have licences. The coach blamed the problem on the PSL secretariat.
When the game eventually started, CAPS raced into the lead in the fifth minute when Kenneth Bulaji headed home a throw-in from Hardlife Zvirekwi.