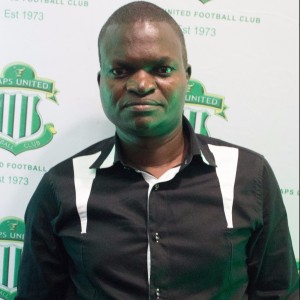 CAPS United chief executive officer, Cuthbert Chitima, has resigned from his role at the Harare giants after almost three years at the club.

Chitima, who joined CAPS United in 2015, said he was stepping down from his current role with the club to “pursue emerging business opportunities and commitments.”

“This serves to confirm and advise the CAPS United Football Club, its valued stakeholders and the entire football fraternity that I have resigned as the Chief Executive Officer of the institution with effect from the 31st of December 2018,” Chitima said in a statement.

Chitima said he was leaving Caps United to pursue other business opportunities despite speculation that his resignation came after a fallout with the club’s vice-president Nhamo Tutisani.

“This has been necessitated by emerging business opportunities and commitments that I intend to pursue and that won’t be allowing me to perform my duties well considering how demanding the position is.

“I would like to take this opportunity to express my sincere gratitude to the CAPS United shareholders, the board, the secretariat, the playing staff and most importantly the CAPS United supporters, for all the unlimited support and encouragement rendered during the three years that I served.”

Chitima added: “It is worth mentioning that I am a passionate football lover, a football supporter, a football professional and will always unveil myself and provide all the support required for the Club to successful achieve its vision.”

He first served as acting CEO of CAPS United during his first year in 2015 before becoming substantive in 2016 when the new board was appointed.

Chitima, who has now won two league titles in the past seven years, first as the director of the now defunct Gunners Football Club in 2009 and in 2016 with CAPS United.