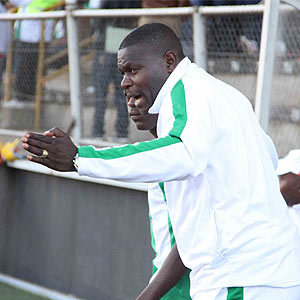 CAPS United coach Lloyd Chitembwe, has hailed his side’s “mental stamina” after brushing off a turbulent week, to win 2-0 away at Mutare City last Sunday.
The Harare giants were in turmoil last week, where they missed two days of training as players revolted against unpaid salaries.
The strike threatened to disturb their trip to Mutare but, Chitembwe’s side rose and dusted themselves to record the victory which catapulted them up to the top of the log standings.
“To us the strike was a non-event. It was one thing we never let get into our minds,” Chitembwe said.
“If one has to look at it. That says a lot about the players’ mental strength. That is one thing I have always been asking from them: to be mentally strong. If we continue like that we can achieve a lot.”
Simba Nhivi and Brian Amidu were on target for the Caps United.